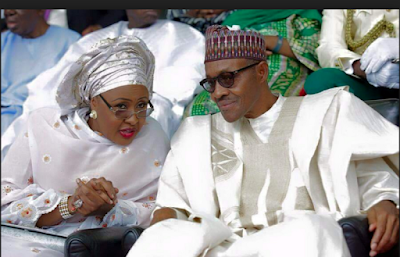 Public communication is one of the most delicate challenges that people in public life face, either in the corporate or the public sector. Many people suddenly find themselves in high places, and they become a source of news, a potential interview subject, and they get chased around by journalists and other media figures who want a story, in fact, not just a story, but a scoop. I used to explain in communication coaching classes and to the bosses whose media I managed, at one point or the other that they should never feel obliged to say things they do not want to say. No matter how aggressive the journalist may be, they should be careful what they say.

A journalist would make you feel at home, he or she may even reassure you that whatever you don’t want published could be edited out, and that if you don’t feel comfortable with a question, you should feel free to keep quiet. But a good journalist knows how to push you into a corner and get you, through follow up questions, to say things you may not ordinarily want to say. By the time the tape starts rolling, and you are encouraged to feel like a star, and your own tongue starts rolling, you’d be surprised the kind of emphasis, what you consider an innocent remark, would receive when it is published. Point is: journalists, while on duty, are not working for politicians or big men and women; they are working for organizations that need stories that can sell. They want scoops that can make the headlines. That is what makes them journalists: getting the good story, the good comments, the good shots.

After reading the interview granted by First Lady Aisha Buhari on BBC Hausa Service, I was tempted to conclude that this is what may have happened. She could have said the same things in a more delicately phrased manner. I have always held the view that anybody at all in a public position should be sent for media training (including how to deliver speeches, poise, pronunciation skills, even basic grammar lessons) before they are unleashed on a Nigerian public that has learnt to subject the lives of public officials to utmost scrutiny. The Aisha Buhari interview also fell short in this regard. She just gave the BBC Hausa service a scoop, which in my view has done more damage to her husband’s politics than good.

Given the enormous effect that the interview has had on the public, I would have expected that by now, she would perhaps have tactically disowned it, put a spin on it somehow, and make it clear that it is not intended in any way to discredit, or criticize her husband’s administration. But nothing of such has happened. And what does that mean? That the interview was deliberate and that she is standing by every word she said. She has been called the “good lady in the Villa.” She has been praised for being a modern wife who can speak up, and exercise her right to free speech. She has been called fearless and assertive. The only thing I have not heard from some of the hypocritical commentators is that she would be a good Presidential candidate for 2019.
I have also been told that she must have spoken out of frustration and that her public outburst about the existence of a cabal in the Villa, which determines who gets what appointment, to the disadvantage of members of the All Progressives Congress is making APC members who feel left out of the power-sharing process, very unhappy. But her outburst is nothing but a poor understanding of power politics. There will always be cabals around the seat of power. Power is so potent the people around the corridor will never leave it alone to the President.

And if it is true that this cabal or the President has recruited non-APC members into the government, then that is a positive thing, it is also a positive thing that the President does not know many of the people he has appointed. He doesn’t need to know them personally as long as they come from all parts of Nigeria and they are competent men who can get the job done. The First Lady seems to assume that only card-carrying members of the APC should work for the Buhari administration. On a positive note, however, she doesn’t want anybody to hijack her husband’s Presidency and she believes those who are trying to do so do not mean well. But what does that say about her husband?

The First Lady is also of the view that if the present trend continues, she cannot campaign for her husband in 2019 should he decide to seek re-election. She sounded pleased with what is being done to ensure security in the North East, but she gave the impression that she doesn’t think her husband has done enough to merit a second term in 2019. Hear her: “What I fear is the uprising of 15.4 million people”. And consider this: “…Nobody thought it is going to be like this. But now that it is so…Sometimes when one is doing something wrong without him knowing, but when people talk to them, they should listen”. Who is that person doing something wrong and who does not listen?

Altogether, Mrs Aisha Buhari has passed the equivalent of a vote of no confidence in her husband, and the people around him. This is a kind of “home trouble” brought to the public. The biggest challenge a man can face is to have his own wife “fight” him in public. And what has happened is both unprecedented and significant considering that a Hausa-Fulani couple is involved. It is probably the first time a lady in this position would publicly upbraid her husband and his team. Is she furious because she has been scorned, ignored, rendered powerless?

Well, even if we were not privy to other details, she was publicly scorned when her husband sent a volcanic message from Germany that she should go back to her place in the “kitchen, the living room and the other room.” Feminists and critics of misogyny have protested over this, quite rightly too, at a time when women are leading countries and corporations, it is incorrect and insensitive to say that the best place for a First Lady is to be a cook, a living-room-soap opera-watching detainee and a bedroom object. But given the cultural circumstances involved, this may well be the future Aso Villa fate of First Lady Aisha Buhari. She could be marked out as an ambitious woman who wants to share power with her husband, and as a threat to her husband’s politics.

See how much damage has been caused already by the President’s counter-response: The German Chancellor glared at our President when she heard that comment about “the kitchen, the living room and the other room.” She quickly ended their press conference. Angela Merkel is married, and she is Chancellor, but I don’t think her husband would dare tell her she is best fit for the kitchen and the other room. And imagine if Theresa May, Ngozi Okonjo-Iweala, Oby Ezekwesili, Grace Alele-Williams, Omobola Johnson, Chimamanda Adichie, Joke Jacobs… had all been chained down in the “other room”. No wonder, President Buhari’s local opponents are already making big political capital out of his un-Presidential comments, and the German public is shocked that any world leader could be so politically incorrect. The number of jokes and memes that have been designed around this husband-wife exchange are thoroughly amusing. Mrs Buhari has also handed over to critics of this administration, speaking points that would be exploited all the way till 2019, and she may well end up not as a powerful force in the Villa but as a strong voice for women’s rights.

It is possible she may be advised soon to recruit spin-doctors to do damage control, but she may have left that rather late already. On the other hand, there is no amount of damage control that the President’s spin-doctors can sell to anyone. Whatever happens, she is cultivating a reputation as a different kind of First Lady. Since independence, every Nigerian Head of State or President has enjoyed the support of his wife while in office: strong, fanatical support. Mrs Maryam Abacha was so supportive of her husband, while everybody condemned him, and long after his death, she has continued to celebrate his memory. Before her, Mrs Maryam Babangida brought greater colour and celebrity status to the Office of the First Lady and added much value to her husband’s tenure.

Mrs Fati Abubakar was a dignified presence behind her husband, the same with Mrs Margaret Shonekan. President Olusegun Obasanjo had as First Lady, the very elegant and beautiful Stella Obasanjo who mobilized support and goodwill for her husband. Turai Yar’Adua, wife of the late President Umaru Musa Yar’Adua was also so devoted to her husband’s cause, she was declared the head of the Aso Rock cabal. No one doubted her determination to protect her husband’s interest during those critical moments. You all know Mrs Patience Jonathan. She was as First Lady, her husband’s most vocal supporter. This brought her at loggerheads with some sections of the public who objected to her prominence and controversial statements, but not once did she or the other First Ladies before her, criticize their husbands in public.

Elsewhere, First Ladies also support their husbands. With all the reported cases of dalliance and cuckoldry during the Bill Clinton Presidency, Hillary Clinton stood by her husband. Michelle Obama has also proven to be a very good role model in this regard. Certain positions require careful grooming. Any form of tension in the home could distract a political leader and make him seem vulnerable in the eyes of the public. Mrs Aisha Buhari may have spoken her mind, but she should not make a habit of assuming the role of a radical, in-house critic, throwing her husband under the wheels. She ought to be thoroughly embarrassed by all the fun being poked at her husband because of that BBC Hausa interview she granted. How this matter is resolved between their kitchen and “the other room” is a family affair into which we cannot dabble.