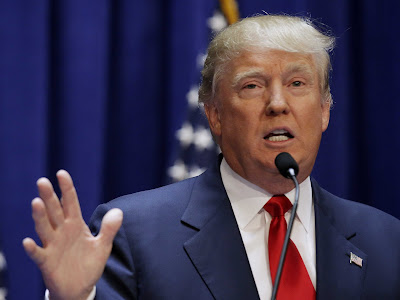 The United States presidential candidate and the Billionaire businessman Donald Trump, took to his Twitter account to announce that he won’t be quitting the race for the White House.

The statement was issue after Some Republican Party members and Democratic Party members called on him to quit the race and hand over to Vice presidential pick Mike Pence to replace him, after previously unaired footage surfaced of Trump bragging about being able to grope women and trying to have sex with a married woman during a 2005 taping for ”access Hollywood”
below is twitter message… 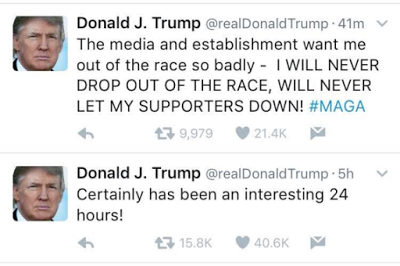