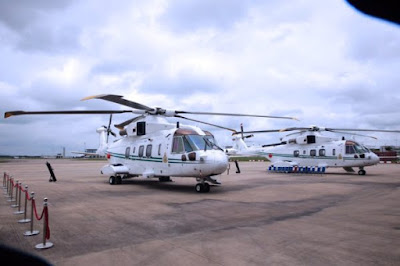 President Buhari on Monday, handed over 2 aircraft from the Presidential Air Fleet (PAF) to the Nigerian Air Force (NAF).

The Chief of Air Staff, Air Marshal Sadique Abubakar,made the announcement that One of the helicopters will be configured & deployed as an Air Ambulance, while 2nd will be deployed as a Troop Carrier

The aircrafts handed over to the Nigeria AirForce are 2 AgustaWestland AW101 Presidential Helicopters.

The aircrafts handed over to the NAF are 2 AgustaWestland AW101 Presidential Helicopters said that the two Helicopters will be immediately reconfigured and deployed to the Northeast for the use of Nigerian troops, adding taht the Air Ambulance will carry a Trauma Unit,to ensure that injured troops get immediate medical assistance during airlift

The Nigeria National Security Adviser (NSA)Maj-Gen. Babagana Monguno (rtd),handed over the aircraft to the Minister of Defence, Muhammad Mansur Dan-Ali.

Monguno disclosed that the president had in 2015 ordered the release of two aircraft – AW109 helicopter and a King Air Beechcraft. 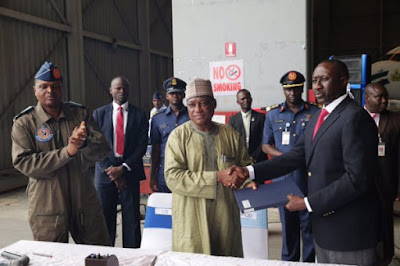 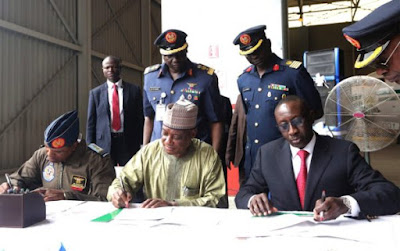