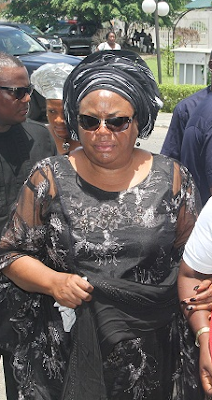 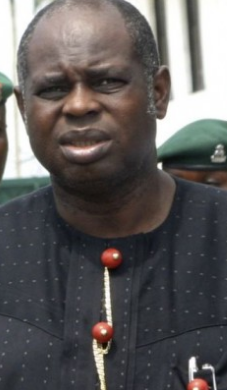 Widow of the First Executive Governor of Bayelsa State, Diepreye Alameisegha,  Magareth Alameiseigha, yesterday alleged that the treatment meted on her husband by his political party, PDP led to his sudden death in October last year. Speaking at his 1 year memorial service in Yenogoa, Bayelsa state, Mrs Alameiseigha said the killing of her husband started with his removal from office, arrest, trial and confiscation of his properties under the leadership of the PDP. Leadership quotes her as saying her husband’s death was not in anyway caused by APC.

“I can categorically say today that it was the PDP that arrested my husband, seized all his properties and humiliated him to the point of his death. It is PDP that killed my husband and not the APC.

Speaking further, Mrs. Alamieyeseigha said her husband’s people sold him out to the PDP who “finally killed him”.

“When my husband took over the mantle of leadership, he saw how his people were suffering. As an intelligent man, he saw the need to fight for resource control as the way out for his people. But at the end it is the same people that he fourth for that betrayed him. They sold him out to the PDP that eventually killed him. I want to advise the Ijaw people to stop betraying their leaders, so that they can move forward.”she said