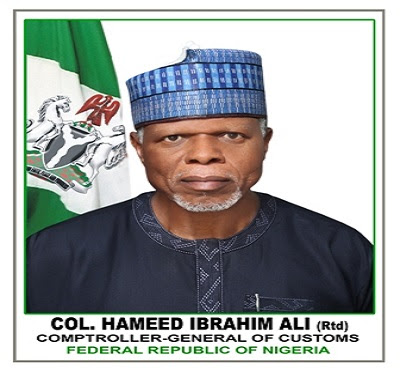 The Comptroller-General of Customs, Col. Hameed Ali (rtd)has  ordered the immediate lifting of the ban on rice importation from import restriction list and the re-introduction of import duty payment at land borders.

According to Service’s Public Relations Officer, Wale Adeniyi  the ban was only applicable to land borders prior to now  that henceforth, all rice imports through land borders by rice traders would attract the prevailing import duty of 10% with 60% levy.

He added that rice millers (preferential levy) with valid quota allocation would also attract duty rate of 10% with 20% levy on rice importation.

According to Vanguard “Over the years importation has been restricted to the seaports because border authorities have found it difficult to effectively monitor and control importation of rice.

When the decision to ban it (rice) was taken it was not an effective measure because smuggling of the product thrives with people using different means of conveyance including small trucks, bicycles and even animals – putting them on donkeys and some actually carry it on their heads.

These new measures will be for customs to re-organize their anti-smuggling operations in the border areas and ensure that all those importers through the borders bring their rice through approved routes and pay their extant duty,” he said