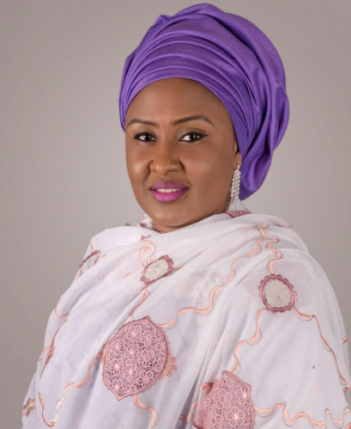 Sheikh Ismail Illyasu Mangu of Jamaatul Izalatul Bid’ah Mosque in Farm Centre, Kano, A muslim cleric peaking to the thousands of worshipers immediately after the Jumaat prayer, said that security agencies should arrest the wife of the president, Aisha Buhari over her interview on BBC earlier this week “because (it) is capable of inciting millions of Nigerians against her husband.”

We are sad about the interview granted by the wife of the President. We believe that opposition members in the country are using her against the government. Her statement is unfair and capable of inciting violence. It is a threat to the peace of the country and we do hope the security agencies will immediately arrest her.

Accotding to thisday news report,Aisha Buhari had said that President Buhari‘s administration had been hijacked that people neither he nor she knows.

Responding to a question about his wife’s statement during a press conference alongside German Chancellor, Angela Merkel, on Friday in Germany, President Buhari said that he does not know which party his wife belongs to, but she belongs to his kitchen, his living room, and “the other room”.

“I claim superior knowledge over her and the rest of the opposition because in the end, I have succeeded. It’s not easy to satisfy the whole Nigerian opposition parties or to participate in the government,” Buhari added.