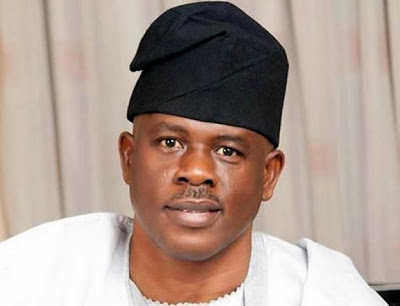 Former Minister of State for Defence, Musiliu Obanikoro, who has been accused of receiving N4.7bn from the diverted $2.1 billion arms procurement fund from the office of the former National Security Adviser (ONSA) Col. Sambo Dasuki rtd, which was allegedly used to influence the Ekiti state governorship election on June 21st 2014.

Obanikoro is being investigated for his alleged involvement in the $2.1 billion arms deal scandal, arrived Nigeria from the US yesterday morning and will be honoring EFCC’s invitation later today.

Close sources to the former Minister say he landed Nigeria from the United States, enroute London Heathrow. He will be accompanied to the antigraft agency’s headquarters in Abuja this morning by his counsels, Lawal Pedro and James Onoja.