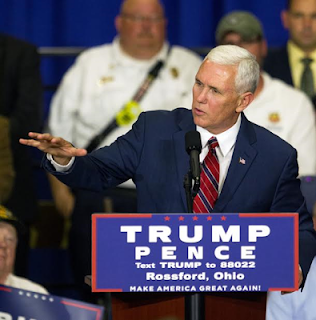 Mike Pence,Republican Vice Presidential Candidate has reacted to the leaked audio of US presidential candidate Donald Trump and former Access Hollywood, now Today show host, Billy Bush, having a crude conversation about trying to bang chicks back in 2005, during a one-on-one locker room banter. The Washington Post somehow managed to obtain the “Access Hollywood” footage from 2005.

Distancing himself from the scandal, Pence said:
“As a husband and father, I was offended by the words and actions described by Donald Trump in the 11-year-old video released yesterday, I do not condone his remarks and cannot defend them.
I am grateful that he has expressed remorse and apologized to the American people. We pray for his family and look forward to the opportunity he has to show what is in his heart when he goes before the nation tomorrow night.” 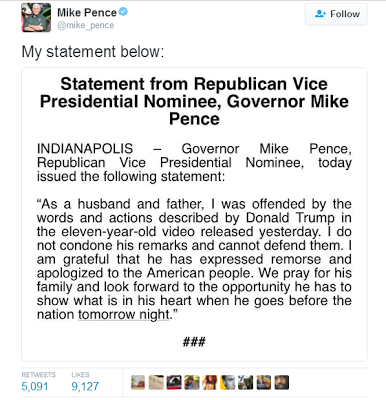