Pascal Duvier, The bodyguard who was widely criticized for enjoying a night on the town while Kim Kardashian was robbed at gunpoint has vowed to track the perpetrators down.

Pascal whose charge was bound and robbed while he was out at Arc nightclub in Paris with Kourtney and Kendall Kardashian unleashed his anger, calling the raid ‘one of the most sickening things I have seen or heard’.

Source revealed that Duvier, who rushed to Kim’s luxury Paris apartment minutes after the five masked men escaped on bicycles, returned to Manhattan on a private jet with Kim on Monday. 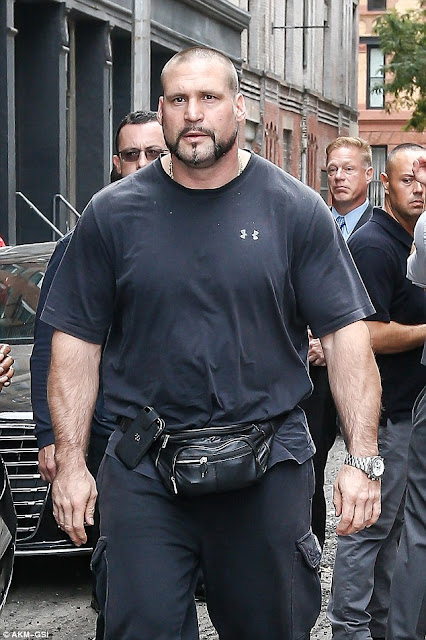 Duvier said: ‘The events that occurred in Paris was one of the most sickening things I have seen or heard.

‘We have tips and leads and we will find you. That I promise you…you messed with the wrong one.’The bodyguard, who stands at 6’4’ and weighs a hefty 264 pounds, has been at Kim and Kanye’s side since 2014.

He made his comments on a personal internet blog tonight where he also re-posted media profiles of him after f the robbery. 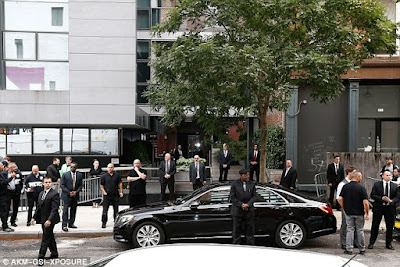 Earlier this week, Kim complimented Duvier after a prankster named Vitalii Sediuk tried to tackle her in what appeared to be an attempt to kiss her famous behind. Luckily he was stopped before reaching the TV superstar and was pinned to the ground by Duvier.

Kim reacted on Twitter by saying: ‘My security @PascalDuvier is a G!’ She then shared a paparazzi photo featuring him in the background on Sunday with the cheeky caption: ‘This guy is always in my shot!’

Kim and Kanye’s former security guard has suggested the possibility of an inside job. 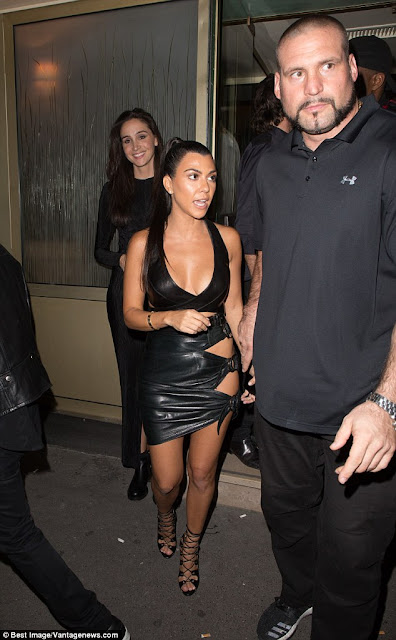