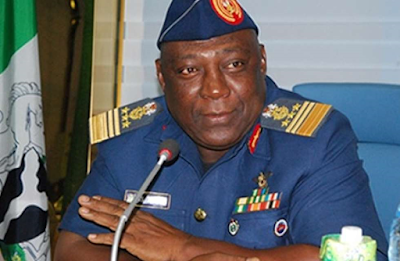 The Federal government has converted a N1 billion mansion located at Plot 6 Ogun River Crescent, Maitama, Abuja, that was seized from former Chief of Defence Staff, Alex Badeh, into an office. The property was seized from the former military chief who is currently being investigated for his role in the ongoing $2.1 billion arms deal probe.


According to reports, the seized property has been converted into an office for use by the Presidential Committee on the North East Intervention chaired by Former Minister of Defence, Lt. Gen. Theophilus Danjuma.
Also Former Nigeria Chief of Air Staff Adesola Amosu, 3 others released by EFCC
Advertisements