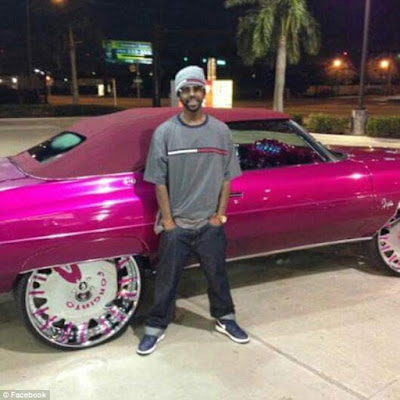 Williams was killed by an unidentified man at 8.44pm in the park’s parking lot while 600 adults and children partook in activities inside.

‘I just heard the shots, ran in that direction and found one of my coaches on the ground, fighting for his life,’ Jamaal Gaines, president of the Fort Lauderdale Hurricanes youth football club, told the Sun-Sentinel.
‘It’s shocking. You think you hear fireworks, 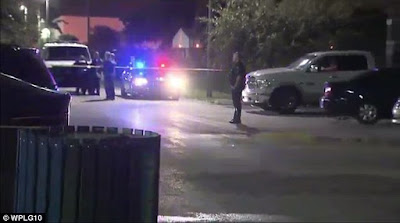 Martin Maultsby, president of the Florida Youth Football League, said he doesn’t know if any children witnessed Williams being killed, but he fears they saw the aftermath.
‘I’m pretty sure that there were some kids who were leaving the park, who maybe didn’t see the incident itself, but may have seen him injured after it was done.
‘This is not the place for this kind of violence. I’ve been in youth football for over 20 years, and this is the first one. 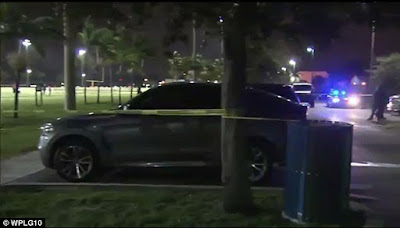 with the youth football team. He called Williams a ‘giving guy’ and a dedicated coach.
‘The coaches give way more than they receive. I know he loved what he was doing.
‘It’s a sad day. I feel so bad that it happened around what we were trying to do for the children in our city.
‘We have people volunteering their time to keep kids safe, and others with mysterious ideas. It’s unbelievable,’ Gaines told the Sentinel.
All weekend games have been canceled for the Hurricanes and a memorial is being planned for Williams.