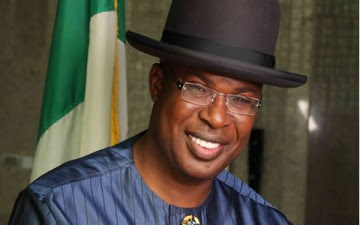 Timipre Sylva former Governor of Bayelsa State  has retrieved 48 of his properties seized by the Economic and Financial Crimes Commission,.

The EFCC had slammed Sylva, who contested the 2015 Gubernatorial Election in Bayelsa State under the All Progressives Congress (APC), with 50 charges and arraigned him before three federal high courts in Abuja.

PUNCH’s report stated that one of the buildings, a 16 units of service apartments at Plot 1181 Thaba Tseka Crescent, off IBB Way in the Wuse II area of the Federal Capital Territory, cost N6m per annum including a N1.5m service charge.

A guard at the property said, “When the EFCC sealed off this property, it was rotting away. However, it was re-opened a few months ago so we started to refurbish the property. We have repainted the property and we have started renting the apartments out.”

At another property located at 8, Sefadu Street, Wuse, Zone 2, a block of flats which comprises nine units (six one-bedroom and three two-bedroom), the rent  ranged from N1.5m to N3m

“Immediately the EFCC inscriptions were erased, all the flats were taken. There is no vacant apartment now,” the security guard said.

At a property located at 8 Mistrata Street, Wuse II, Abuja, it was observed that the property was a hotel, which charged between N25,000 and N45,000 per room.

The EFCC had seized the properties from the ex-governor in 2013 and was slammed with N19.2 billion fraud charge.

The EFCC was accused of abuse of court processes in the last ruling which was in November 2015 after two cases were dismissed by the courts. Te judge subsequently struck out the case.

The EFCC had earlier said that it is putting measures in place to appeal the case, a move which is not yet confirmed.