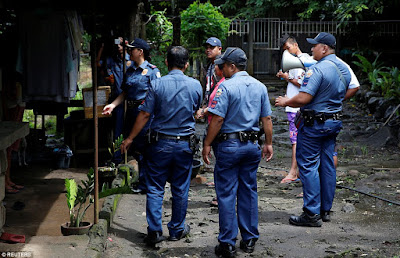 The international community has slammed Duterte’s maligned war on drugs, which has seen armed police sanctioned to target and raid drug dealers

The Philippines president Rodrigo Duterte has commence war against drugs has reached new macabre heights with the death toll surging above 3,700 and he is now sensationally halting the nation’s military alliance with the US after 65 years.

Duterte, has sensationally disparaged the country’s alliance with the US ordering its troops to leave his shores.

The Filipino president, dubbed ‘The Punisher’, has been heavily lambasted for his ruthless crackdown on drugs with the Philippines’ death toll reaching more than 3,700 in less than three months, 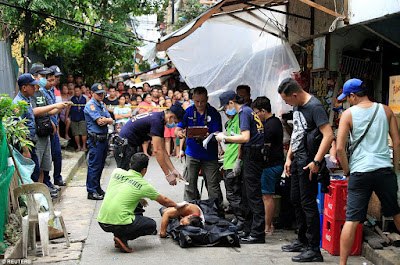 .Crowds gather around a suspected drug dealer killed in the violent drug raids in the Philippines

According to Al Jazeera Duterte ordered the drug crackdown as an election promise fuelling widespread bloodshed – equating to 36 Filipinos dying every day in his first 100 days in office – and the terror can be seen in the graphic photos below.

Duterte’s drug raids come after he said at least 3.7 million Filipinos have become addicted to methamphetamine, known locally as shabu.

He has claimed to have encouraged citizens to take matters into their own hands with the help of police and alleged secret death squads.

The Huffington Post report that the killings occur in ‘encounters’ with motorcycle vigilante gunmen or killed by trained police or unofficial death squads.

In a speech in Davao – a city where reportedly death squads were sanctioned – Duterte responded to claims of his comparison to Hitler. While both figures were incorrect, he continued to say, ‘At least if Germany had Hitler, the Philippines would have…”, where he reportedly pointed to himself, according to the BBC.

However, the international community has slammed Duterte’s maligned war on drugs, which has seen armed police sanctioned to target and raid drug dealers. 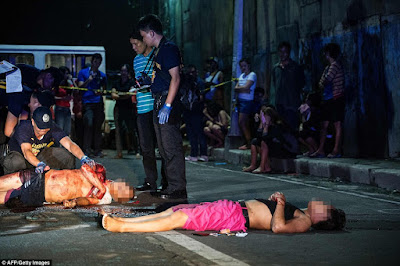 A young man takes a photo of two victims of the violent drug war that has claimed more than 3,700 people according to reports

Cases include a five-year-old girl tragically killed as gunman opened fire on her grandfather and a father and son smoking shabu beaten and shot to death in police custody.
The fear of being shot has triggered drug dealers to turn themselves into police, with more than 26,000 people arrested and tens of thousands turning themselves into authorities.

This had lead to despicable conditions in jails and the limited 44 rehabilitation centres across the nation.
more photos after the cut… 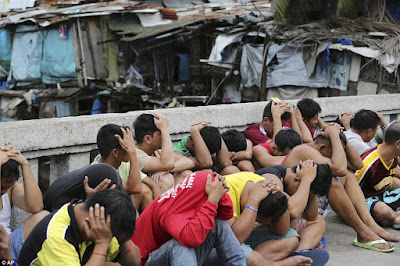 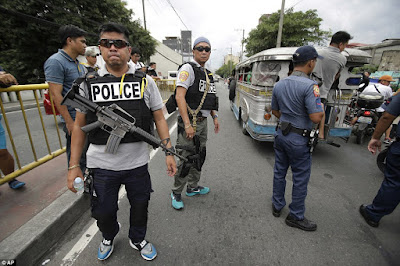 The Philippines’ death toll has reached more than 3,700 in less than three months The United Nations, the US, the European Union and the Catholic Church have all condemned the potential breach of human rights 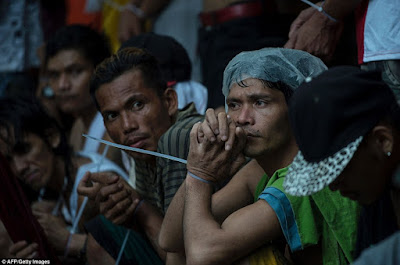 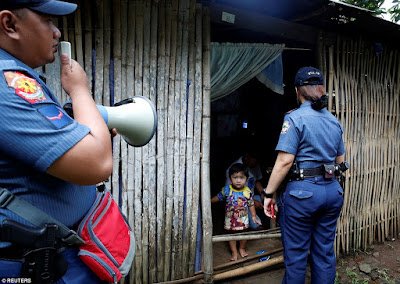 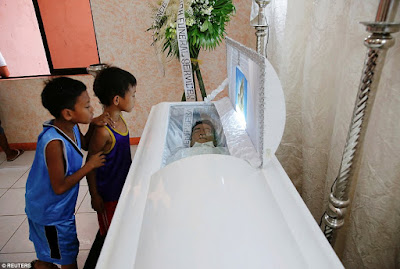 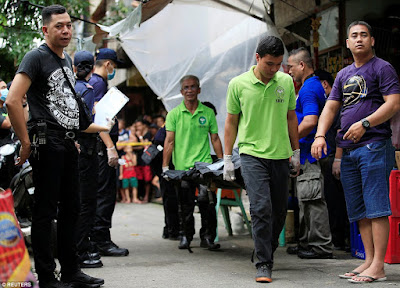 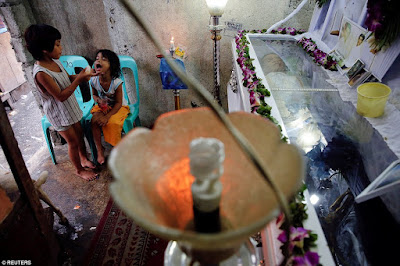