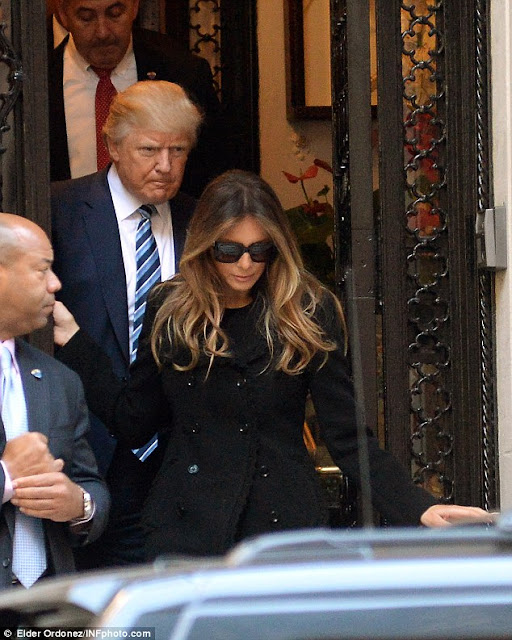 As United State Presidential election get closer,After the toughest week of his presidential campaign, Donald Trump headed to church in New York.

The GOP nominee and his wife Melania arrived at St Patrick’s Cathedral on Friday morning for a private meeting with Archibishop of New York Timothy Cardinal Dolan.
Trump requested the meeting a ‘few weeks ago’, according to the cardinal’s spokesman Joe Zwilling

According to New York Post,Trump’s rival Hillary Clinton met with Dolan a few weeks ago, Zilling said.
Both Clinton and Trump will appear alongside Dolan at his annual Alfred E Smith Memorial Foundation Dinner at the Waldorf Astoria on Thursday, the day after the third and final presidential debate takes place in Las Vegas. 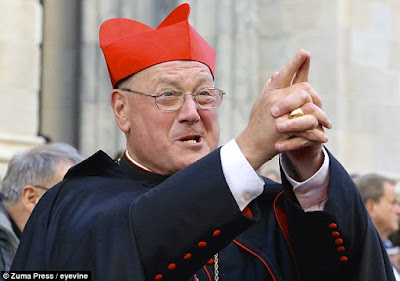 ‘There was a private meeting with the cardinal. It’s the practice of the archbishop of the Archdiocese of New York to accommodate a request for a meeting, especially someone who is running for national office,’ Zwilling added.
No other details regarding the meeting were released.
Trump and Melania were accompanied by his campaign manager Kellyanne Conway.

Melania donned an all-black ensemble for the meeting, sporting a pea coat and shading her face with matching large black sunglasses.
Hope Hicks, Trump’s spokeswoman, said the meeting had long been planned, 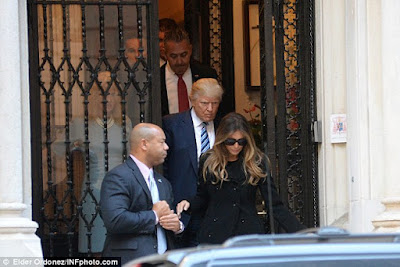