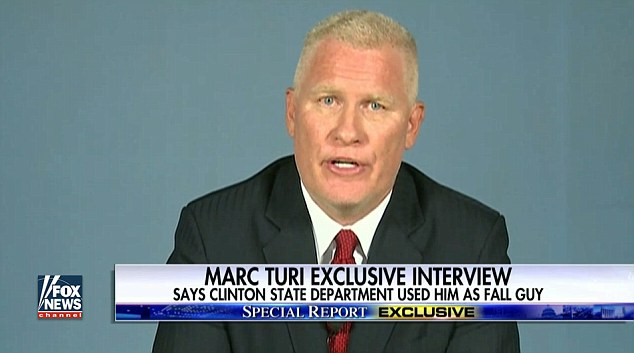 An American arms dealer claims he was made a scapegoat for an Obama-and-Clinton-led 2011 plot to arm Libyan rebels that saw arms flowing to Al Qaeda, ISIS and the Benghazi attackers.
Marc Turi faced trial for illegally selling arms, but charges in the five-year, $10million case were dropped on October 5.

The Democrats were worried about political blow back for Clinton if it emerged that the government had accidentally put weapons in the hands of America’s enemies.
‘I would say, 100 percent, I was victimized,’ he told the channel, ‘to somehow discredit me, to throw me under the bus, to do whatever it took to protect their next presidential candidate.’

ALSO READ:United States President Barack Obama Tries the Splits with the Final Five as He Welcomes Team USA to the White House

Turi, told Fox that the Obama administration had wanted to arm Libyan rebels to overthrow Muammar Gaddafi during the Arab Spring uprising, but were stopped by a UN sanction on arms sales to the country.
He said he came up with a plan to sell weapons to US allies in Qatar and the United Arab Emirates who would then pass them on to Libya, but was cut out of the deal by Clinton’s State Department and the CIA, who transported the weapons themselves.
Those weapons, he said, then went to just about everyone in Libya and Syria – friend and foe alike – after rebels got their hands on them. 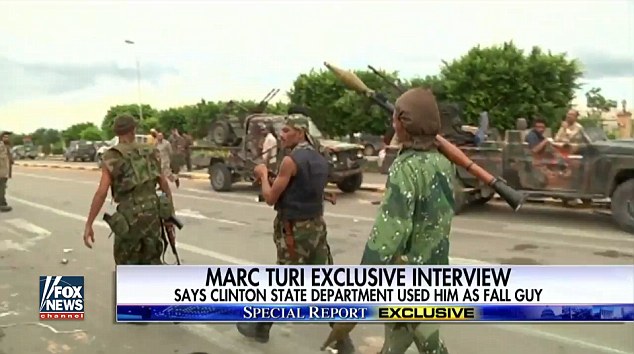 Fox News asked Turi whether Al Qaeda, Ansar al-Sharia (the group behind the Benghazi attack), or ISIS – which was formed in 1999 – got the weapons; he replied: ‘All of them, all of them, all of them.’
He says the Justice Department then attempted to scapegoat him, charging him with two counts of illegal arms dealing and two of lying on his State Department weapons application – despite him never actually selling anything.