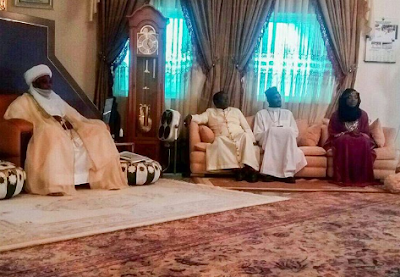 During a courtesy visit by 2baba to Sultan of Sokoto and president-general of the Nigeria Supreme Council for Islamic Affairs (NSCIA), Sa’ad Abubakar III