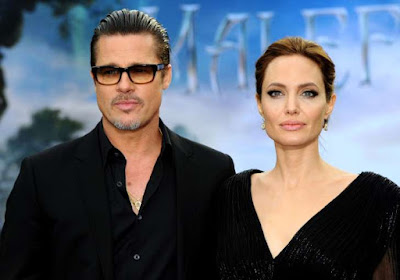 Brad Pitt and  American actress, filmmaker, and humanitarian Angelina Jolie have reportedly struck a temporary custody agreement Friday that will grant full physical custody of the couple’s six children to Angelina Jolie while Brad Pitt will be subjected to random voluntary drug testing and an initial supervised visit with his kids.
According to TMZ reports, the initial visit, will be supervised by a therapist who will then decide if Pitt’s future visits need to be monitored or not.

The terms will last for three weeks before the Department of Children and Family Services (DCFS)can make new recommendations.
Pitt was under investigation by DCFS after the agency received an anonymous tip that Pitt had attacked his 15-year-old son Maddox while on a flight back from France.The tipster reported Pitt as “physically” and “verbally abusive” towards the pair’s eldest child.The temporary divorce agreement also subjects Pitt to random drug and alcohol testing. 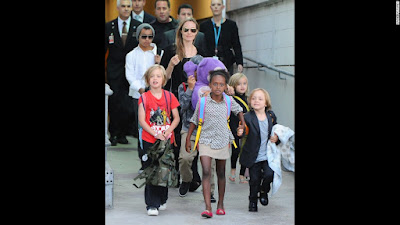 According to news reports, Pitt took a voluntary drug test after the airplane incident. A source told TMZ.

“I can confirm he did take the test.” “The Department of Children and Family Services cannot force you to take a test, so by definition it was voluntary.”

“He’s been cooperating,” the source added, confirming the investigation was still going on as of Wednesday.

Pitt and Jolie will reportedly be required to attend individual counseling as part of the agreement and they will also attend family counseling along with their children, Maddox, 15, Pax, 12, Zahara, 11, Shiloh, 10, and twins Knox and Vivienne, 8.