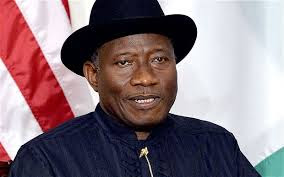 Goodluck Jonathan, may be called to witness in the trial of Sambo Dasuki who is facing investigation for alleged mismanagement of $2.1billion arms funds.

According to the Nation reports that Mr. Ahmed Raji (SAN), the counsel to the former national security adviser (NSA), said Dasuki wanted Jonathan to testify in court.

“It will be desirable for Jonathan to testify for the ex-NSA. It will throw greater light into grey areas. And it will serve the interest of Justice.

“It will be fantastic for him to go to court to testify. Dasuki is an agent of a disclosed and known principal.”

Another member of the legal team citing Jonathan’s statement that faulted the charges against Dasuki, said the only logical thing for the former president to do is to see it through. “We want Jonathan to follow-through.

If he backs out, it will be bad.” Recall that Jonathan in a recent interview at the Oxford Union in the United Kingdom, faulted the charges against Dasuki, claiming that the ex-NSA could not have stolen about $2.2billion votes for arms. But, in Raji’s view, a political solution will be better than trial because of the “characters involved”. He said: “But, frankly speaking,

I pray for a political solution to the problem because of the characters involved.” On insurgency, the United States has advised President Muhammadu Buhari to sustain the momentum against the Boko Haram insurgents.

The Sun reports that the US on Sunday, October 30, told President Buhari to put more pressure on Boko Haram to ensure the insurgents do not regroup even as the country distanced herself from the Nigerian government negotiations with the group that led to the release of 21 Chibok girls recently.