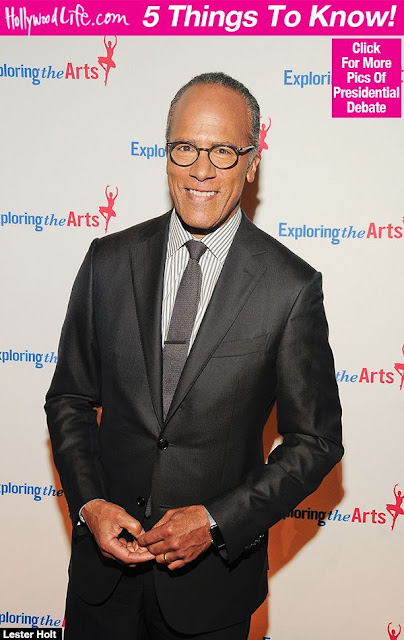 As we look forward to the much heated and coming US Presidential debate between the Republican and Democrat, we will not overlook one of the major point of this contest-tge anchor.

The African-American, Lester Holt, 57, will be moderating the debate. This is coming almost 25 years after it ever happened.

The last time a presidential debate had a black moderator was 1992, when then-ABC News anchor Carole Simpson moderated for Bill Clinton and George H. W. Bush. Vice-president debates have had black moderators since, but this is the first major debate to have one in 24 years.

Although Lester, who is registered an a republican, will be moderating, he will have to take a middle-man role in this assignment.

We wish him success.