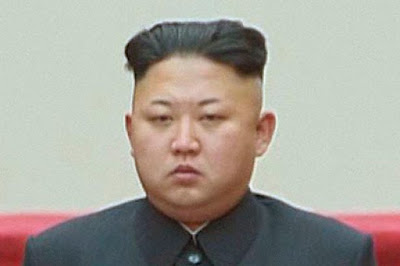 When our public officials fall asleep while attending a meeting, or an official function, the standard Nigerian reaction is to have a hearty laugh at their expense. Harmless laughter. You’d remember many photographs of our lawmakers turning the National Assembly into an extension of their bedrooms, sometimes snoring loudly in the middle of a heated and loud debate: not that many of them would be of much use anyway even if they were awake.

Governors, commissioners, high ranking government officials have also all been caught at one time or the other, sleeping on duty.  Well, those whose circadian switches go off like that should count themselves really lucky they are Nigerians. If they were to try that in North Korea, they will face the firing squad!

Read the part 2 of his piece from yesterday below… Sadly many in the conservative core north remain unconvinced. For example the Arewa Consultative Forum…

The Nigeria  music Icon Charlly Boy article which was publish on his website  Read his article below… I remember back in the days, when I was…

Ekiti State Governor, Ayo Fayose has said that Nigerians were suffering under the All Progressives Congress (APC) government of President Mohammadu Buhari because “the country…

Former Minister of Aviation, Femi-Fani-Kayode, shared this on Facebook in reaction to Police sealing the proposed venue of the PDP Convention in Port Harcourt this…

This is an article written by Reno Omokri. Please read on… The coordinated attack on the integrity and credibility of former President Goodluck Jonathan is…

watch the video above. Nigeria outstanding Pastor Chris Ojigbani of Singles & Married Ministries  sharing his wealth of experience on the controversial message of  marriage…

As Abuah traveled beyond from the surface of planet earth Reuben Abati. have a short message to say read the message below. Life is all…