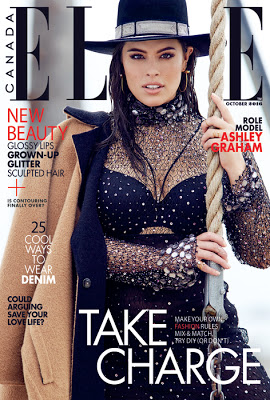 28yrs Ashley Graham,  shot to fame after becoming the first plus size model to cover Sports Illustrated and now she has bagged yet another magazine cover. She is pictured on the cover of the October issue of ELLE Canada and she seems to have lost a lot of weight. In the issue, she opened up about her weight, learning disability, why she chose to hold off on sex with her husband until after marriage and her determination to help women gain control of their body image. 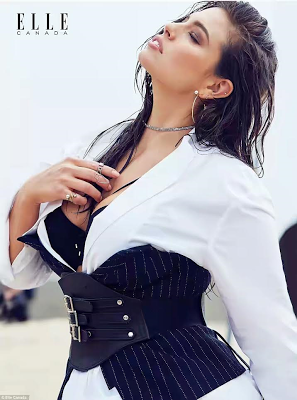 Graham has been married to her husband, Justin Ervin, for six years. He lives in Los Angeles and works as a cinematographer, while Ashley still lives in NYC. 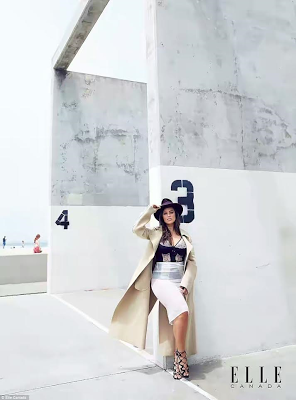 She said of her relationship with her husband:

“I know I’m with a man who loves and respects me,” explains Graham, who also reveals she didn’t have sex with her husband until after they married. “When I was growing up, my parents always told me, ‘Don’t have sex until you’re married,’ so I was like, ‘Okay, I’m going to go out and have a ton of sex.’ But then an ex-boyfriend made me realize that I need to respect my body and I need to have a man respect my body.” “It’s not for everybody, but, in order for that to happen for me, I needed to not have sex [again] until I was married,” she adds. 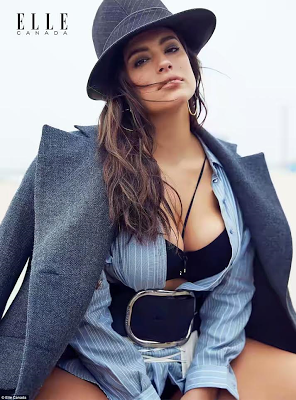 “My husband and I waited; call me crazy, but it worked. Our sex is amazing! He respected me more because I wasn’t willing to just give it up. I tell my friends to wait three months. Just see if he can wait. If he can, he’s a good guy. And, again, it’s not for everybody, but for me it was great. It’s something I’m actually really proud of.”