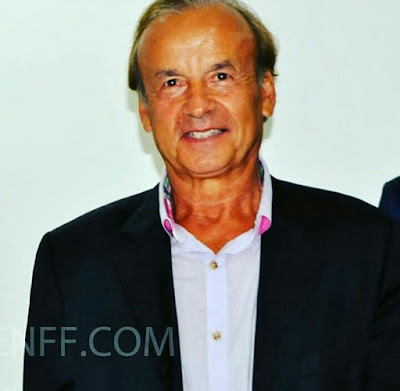 There were reports making the rounds yesterday that Super Eagles’ technical adviser, Gernot Rohr, rejected a three-bedroom apartment that was offered to him in Jabi, Abuja, by the Nigeria Football Federation (NFF). Rohr reportedly said it was too big for him and insisted on a smaller apartment.
However, according to thenff.com, the Franco-German coach has reacted to the news, ‘expressing displeasure at the way people are using his openness and easy accessibility to quote him out of context and attempt to derail him from the core assignment he has at hand.’
“I never rejected any apartment. I might have spoken to a few people who I believed to be genuinely interested in me, saying that the apartment was very big and I joked that I might get lost inside it when I start to live there, but I never rejected it. When the Federation engaged me, and told me I had to live in Nigeria, I agreed to it because I believed that my base has to be in the country where I work. I did the same in Niger, Burkina Faso and Gabon, and I do not see it any differently in Nigeria. ” Rohr said.
“The Federation moved to rent an apartment for me, and this is a good gesture that shows their commitment. If I have issues with it, it should be done directly through the Federation and not on the pages of the media.”
Advertisements
SPORT NEWS