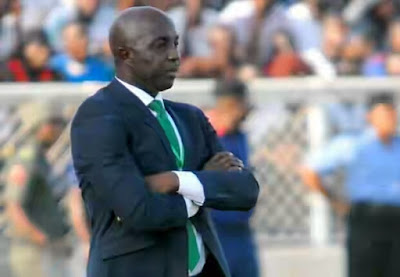 The tactician has demanded for the speedy payment of his earning, giving the nation’s football body a deadline to fulfil their obligation to him
Former Nigeria U23 coach Samson Siasia has given the Nigeria Football Federation a 14-day ultimatum to pay his outstanding allowances and salaries.

The 49-year-old led the Dream Team VI to a bronze medal finish at the 2016 Rio Olympic Games which marked the end of his two-year contract.

Siasia who said he was owed for five months has threatened to disrupt the activities of the NFF ahead next month’s 2018 World Cup qualifier, if his demands are not attended to.

“I have given them a two-week ultimatum to me pay me or I will sit inside the NFF office in Abuja until I get paid,” Siasia told BBC Sports.

“The national team is preparing for a World Cup qualifier and to be honest my unhealthy distractions are the last thing they need right now.”

We urge the responsible authorities to respond to his plea.