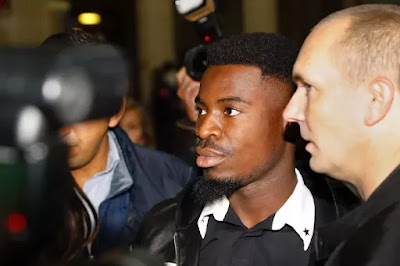 Serge Aurier, the defender of PSG, has been given a two-month suspended prison sentence.

The 23-year-old is accused of attacking a police officer in  May after he was pulled over  and asked to take a breath test.

However the star has claimed in an interview: “It was violent. The police officers got out of the car, insulted me, brutalised me, my lip was smashed. What’s even worse is that the police officer said I had elbowed him in the thorax. If I wanted to touch him, I would have punched him in the face. He did though, struck me several times in the face.”

He stressed: “I have nothing to hide in the case, there are at least five or six witnesses that say exactly the same thing I have”.