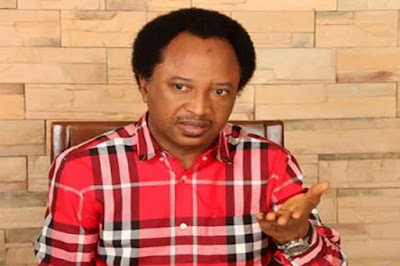 Senator Shehu Sani has warned President Muhammadu Buhari that the promised change may come late and cause the death of Nigerians before its arrival. President Buhari was elected on the expectation that he will bring change but he has received a lot of criticism as the country receded into recession.

According to Punch reports,the senator representing Kaduna-Central senatorial district urged Buhari to introduce short term measures to cushion the effect of the reform process. Sani criticised the president for the not instituting an economic team to drive the country out of recession and warned that people may die before reform is complete.

“If you happen to be in a position of power, inasmuch as you want to bring reforms that are painful, you have to understand the need for you to carry the people along because if you keep on bringing reforms and continue to unleash hardship on the people, you may as well say there is a paradise but people need to be alive to reach that paradise.

“If you keep reforming and reforming and the people are suffering and dying, you may reach the Promised Land alone because by that time everyone has died. Of what use would that be?” The senator warned that the popularity the All Progressives Congress enjoyed that led to the emergence of Buhari as president was reducing. He said: “Let me tell you how it started, which is general with all persons who just took power in Nigeria.