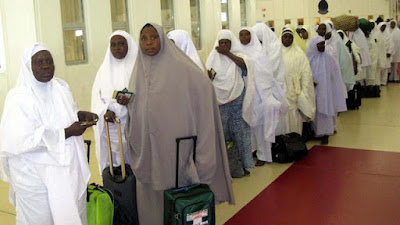 According to Premium time, The decease  were mainly from Kwara, Kogi, Bauchi, Taraba, Niger, Kaduna, FCT but there were foreign-based Nigerian pilgrims among the dead as well.

The NAHCON’s medical team head, Ibrahim Kana,said that, two pilgrims, including a 40-year-old woman, died in Madinah. Three died in Muna, while 13 died in Makkah. A mentally ill woman was reportedly among the decease.

The National Hajj Commission of Nigeria (NAHCON) Medical team said that this year  death toll was the lowest in five years in Nigeria. He attributed the low figure to enhanced sanitation, increased medical awareness and compressed national medical team.

The Nigeria  medical team attended to over 21,000 patients since the commencement of the hajj rites and detected five pregnant women despite repeated warnings. Meanwhile, the Hajj is 95 per cent complete and pilgrims started travelling home yesterday, September 17.2016