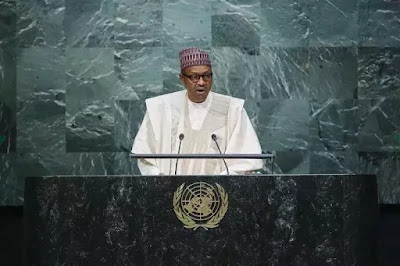 This was disclosed by Nigeria minister of Foreign Affairs Geoffrey Onyeama,during a news conference in New York ahead of the president’s visit.

The treaty Agreement  will be enforced in 2020, will set a global action plan to help the entire world escape the dangerous climate change by limiting global warming to well below 2°C.

According to Foreign Affairs minister, in his statement also informed that President Barrack Obama of America and Xi Jinping from China, have already sign the Treaty.also that Nigeria’s major agenda during the General Assembly remains to engage African Union and other countries to work towards the reform of the United Nations.

Geoffrey Onyeama added that, “In addition to the wave of change, Nigeria will like to propose to the UN body to create an agency dedicated for the youth.

Speaking to international community,  and also “With the fall in oil price, Nigeria is looking into diversification of its economy towards agriculture and solid minerals.the minister assured that Nigeria would support a new UN Secretary-General that would be development and Africa-friendly, he also noted further that on investment, power and insecurity in Nigeria, the federal government has established various security mechanisms to create attractive investment environment for would-be investors.

With the US-Africa Business Forum, scheduled to take place this  week in New York. “Nigeria has been invited as one of the focal countries whose economies search light is beamed on.”

“It is expected that there will be a lot of investment opportunity for foreign investors in the country” he added.