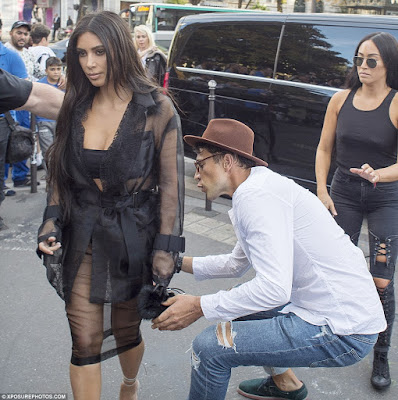 The 35-year-old Kim Kardashian narrowly missed out on being tackled by serial prankster Vitalii Sediuk – two years after he caused chaos by ambushing her at Paris Fashion Week was walking down the street after leaving the Balmain offices in the French capital on Tuesday when Vitalii slipped past security and tried to tackle her – appearing to try to kiss her famous behind.

He was then pinned to the ground by one burly bodyguard and tried to cover his face as the attention turned on him.
Kim seemed oblivious to the chaos unfolding around her until the last second, and looked shaken as she was dragged away by the rest of her entourage.

In 2014, Kim and Kanye were forced to beef up their security after the attack by Ukrainian Sediuk outside Balmain’s show in Paris. 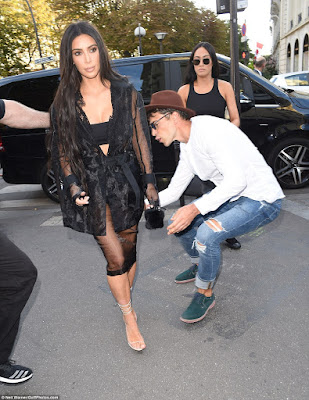 According to dailymail, The star was thrown into a panic as a crowd began to reportedly crush her after Sediuk allegedly pulled her hair as she climbed out of her car.
Now sources close to the Kardashian clan have told gossip website TMZ that Kim is planning to file a police report over the incident in order to get a restraining order against him. 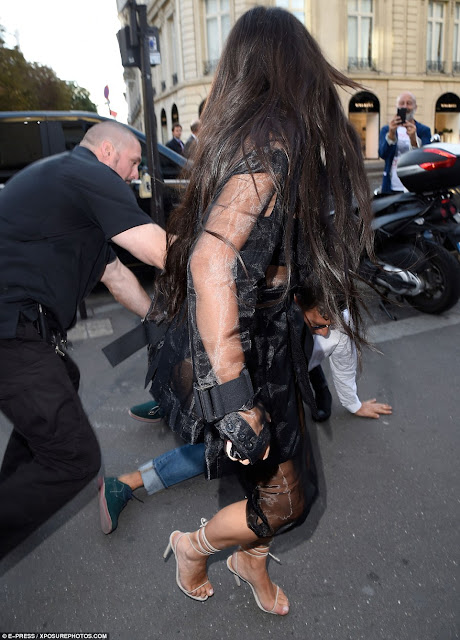 Sediuk confirmed in a statement that he perpetrated the attack as a protest ‘to popularize natural beauty among teenage girls.’
He also claimed that it was not premeditated — and it was a ‘coincidence’ that both he and Kardashian happened to be at the same spot.

After he grabbed Gigi, the model defended fighting back, explaining: ‘I played volleyball, and my coaches talked about muscle memory. I started boxing two years ago and I always remembered that. 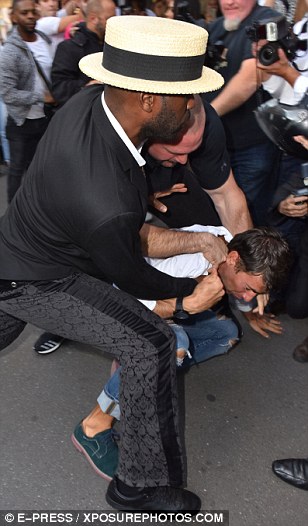 ‘Since then, I hadn’t been in a situation that forced me to fight back, but it just came out when he grabbed me — it wasn’t a choice. I do have that fighter in me.’ 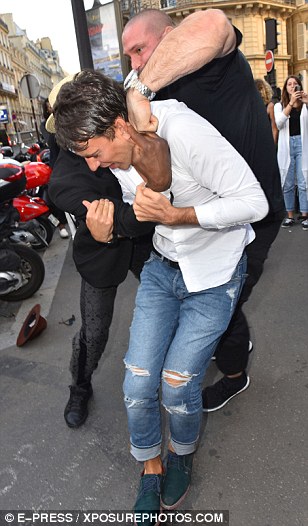