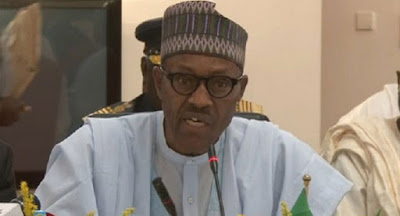 The leadership of the People’s Democratic Party (PDP)In a statement Wednesday by the spokesman of the PDP, Prince Dayo Adeyeye, the party said the crass ineptitude and lukewarm-attitude of the All Progressives Congress (APC) administration could no longer be tolerated.
We are calling on President Buhari and his team to return Nigeria to its state of booming economy before they assumed office in May, 2015, and then quit immediately to allow other capable leaders recover our ailing economy”,
APC party further expressed worry over the state of affairs in the country, particularly  a recent statement attributed to the Finance Minister, Mrs. Kemi Adeosun, to the effect that “recession is just a word”, a statement the minister had since denied. lack of patriotism or in-line with President Buhari’s comment that his ministers are noise makers?”, the party queried.
The statement continued, “For the record, recession is characterized as a period of negative economic growth for two consecutive quarters, given rise to high rate of unemployment, fall in output, increase in government borrowing, etc. Following this understanding, Nigeria’s economy is already near depression.
“For instance, recall that about three airlines, local and international like some banks, have suspended operations and sent their staff on indefinite leave due to poor state of the Nigeria’s economy.
“Nigerians are aware that the PDP government invested heavily in most of our airports in the country that resulted in obvious facelift and improved operations through remodeling, construction of new airports, refurbishing and equipping of the local and international airports to meet best practices in the aviation industry.
“But the APC administration has frittered away all the good policies and programmes which the PDP put in place, thereby crumbling the aviation sector in the country amongst other catastrophes it has caused.
“What Nigerians want from this administration are results, simple! And not resorting to throwing tantrums on the PDP at every given opportunity. Our call for the President to return the counrty to how he met it in 2015 is justified on the following grounds: a bag of rice was N7,000 and now is above N20,000; a mudu of beans was N150 and now is N500; one US Dollar was trading for N197 but now over N400; a liter of fuel was N87 but now N145; cost of transportation and other services have skyrocketed.
“Given our observation since the inception of this government, they have nothing to offer and as such, quitting will be a solution because nobody can give what
he/she does not have. APC has failed”.
PDP called on Nigerians to recall President Buhari’s purported body language at the beginning of his administration, saying governance is a serious business and not about someone’s body language and “de-marketing strategies” of Mr. President while globetrotting.
“When this government came to power in May 2015 riding on the achievements of previous PDP administration, President Buhari’s handlers and his party, the APC claimed it was his body language that brought some positive changes the country was witnessing at that time; so we want to know what are the results of the so called ‘body language’?”.
Advertisements
news