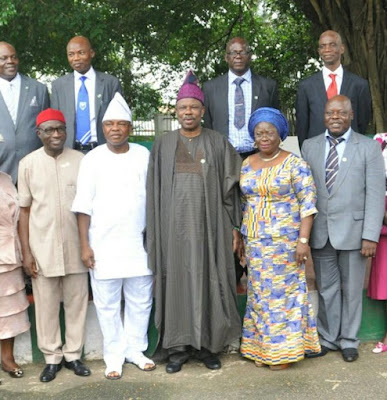 A native of Abia State, Ndimele Emmanuel Ofor, and another native of Kogi State, Ipinniwa Steve Olusegun were among the 14 new Permanent Secretaries sworn in by the governor at the State Executive Council Chambers, Governor’s office, Oke-mosan, Abeokuta.

Ogun state governor, Ibikunle Amosun, has appointed two non-indigenes of the state as Permanent Secretaries in the state’s Civil Service.

As for me, hard work rather than where you come from should be the basis for promotion. This is the first time we are having non- indigenes as permanent secretaries in the state and they are part and parcel of us, irrespective of where they are from, we’ll honour them because they have proven themselves to be hard working,” the governor said at the swearing in event.