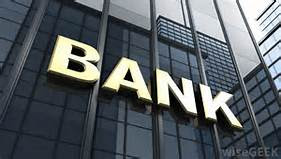 While Diamond Bank and Heritage Bank were said to have slashed salaries by 30 per cent, First Bank and Wema Bank reportedly slashed workers’ salaries were by 20 per cent each. The banks’ decision were made in order to meet deposit targets, which have become high in recent time.

Hence, workers who failed to meet their targets had their salaries slashed. The report also revealed that the same decision has been taken in some insurance companies.

Sources quoted said insurance workers in the marketing department who failed to meet their premium targets also had their salaries slashed. “Before, it was only the marketers that they used to give targets to.

Now, some of us also have targets ranging between N40, 000 and N100, 000 monthly and our promotion and salaries are tied to our performance,” an insurance worker squealed.

Before now, the marketing departments of the underwriting firms and insurance agents were responsible for generating premium for the companies, but it has been extended to all employees.

A worker in one of the new generation banks also said she resumed work after her annual vacation only to discover that she didn’t get the same salary that she had always received.

He also revealed that some bank workers had been resigning and travelling abroad, especially the United States and Canada, to avoid being sacked.

“One of my colleagues just resigned last month because of the fear of losing his job and travelled to the U.S to seek greener pastures. “But those who are not interested in leaving Nigeria have devised many means to survive the harsh economy should their letters of sacking come anytime.

They are setting up small scale businesses. “The most common ones are laundry services and restaurants which require capital outlay of N500, 000. “The academically-sound ones among them have been moving to private universities to take appointments there. “The problem is on the high side now.

There is perpetual fear among bank workers that they can be fired at anytime,” he said.

The National Union of Banks, Insurance and Financial Institutions’ Employees (NUBIFIE) also confirmed the development in the banks. NUBIFIE Secretary General, Mohammad Sheick, said the issue had become a serious concern to the union.

His words: “There is apprehension in the banking sector. Recently, there was mass sacking by banks and the Federal Government directed that those who were sacked during that period should be recalled.

“We have had about two meetings with the Federal Ministry of Labour on the issue and we are hopefully looking at the possibility of the ministry calling us to another meeting so that we can have an understanding on how to respond to the emerging issues like economic recession and other factors that are affecting the operations of banks.