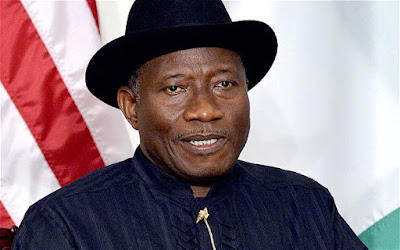 The crisis going on between the military and a firm link to Former President Goodluck Jonathan as developed into different dimension, this may rock the relationship between the Nigerian Army and the Federal Capital Development Administration, FCDA, is building up and may crystallise into a show of force or legal tussle. soldiers seized Jonathan linked multi billion naira firm

The spat is masterminded by the Nigerian Army which, on Saturday, September 3, 2016, sealed off the road leading to the 230 hectares of land known as the Maitama Extension District and drove out the workers of a company, Kakatar Civil Engineering Limited, providing engineering infrastructure for the district. The army says the land belongs to it. It did not, however, show any document to buttress its claim of ownership but has deployed soldiers to the site.

According to Vanguard,the company’s working tools, like asphalt-producing plants, rock crushers, state-of-the-art fabrication workshop and earth moving equipment like bulldozers and excavators, as well as trucks, are trapped: they can neither be maintained nor repaired while those to be moved out for external jobs in locations like Karishi and Kyami, where the company is also working for the FCDA, have been barred from leaving the premises.

In fact, the rumour mill has been awash with stories that the entire Maitama Extension, a new district stretching over  230 hectares of land with over 400 plots allocated to Nigerians and duly captured in the Abuja master plan, is owned by Jonathan and is merely being managed by Kakatar.

The new Minister of the Federal Capital Territory,  Alhaji  Mohammed Bello, has stoked any fire since his appointment by President Muhammadu Buhari last year, it is the military high command that is taking the fight to his doorsteps, claiming that its vast land in the area   has been encroached on by the firm being run by a civil rights lawyer, Azibaola Roberts, a cousin of former President Goodluck Jonathan.

To worsen matters for the company and the FCDA, the massive parcel of land, overlooking the Katampe, Mpape, Guzape hills, shares borders with the Lungi Barracks of the Nigerian Army, making it possible for soldiers to hitherto provide security for the Kakatar premises.

As a rule, no visitor could access the vast Kakatar premises, which hosts its construction facilities, without being cleared by armed soldiers, who manned the gates. The relationship between the company and the army had been very cordial until that morning when soldiers, claiming to ‘be acting on instruction from above’, changed their attitude and decided to act as an ‘enemy’ to Kakatar and its workers.

“We are on order from the Chief of the Army Staff to take over this place and not to allow anyone in or out of the premises,” a soldier, mounting sentry at the first gate, warned a journalist, who attempted to penetrate the compound. “It was one of our generals, who led the team of soldiers to take over this place, last night, but we do not know the reason for our being here,” the soldier said, refusing to disclose his name.

The Acting Director of Army Public Relations, Col. Sani Usman, said: “The said property is on Nigerian Army land and the army will not allow anybody to encroach on its land. Consequently, the property has to be sealed to prevent further encroachment,” Usman said.

The seizure of the land by the army also raises the fear that the construction of the official quarters of the Senate President, his deputy, the Speaker of the House of Representatives and other principal officers of the National Assembly, at various stages of completion, may be stalled.

Spokesman for the company, Mr. Austin Ekeinde, said in a statement that the action of the Nigerian Army had caused the firm daily losses estimated at hundreds of millions of Naira and caused untold hardship for thousands of families whose workers in Kakatar are now being forced to stay home.

Kakatar has expressed surprise at the action of the Nigerian Army, saying it had not breached any known law to warrant the action by the soldiers.

“It is instructive to note at no time did the company suggest or claim that the land upon which it was using as a site to coordinate the project belongs to Kakatar. Never!”, Ekeinde said. “All that we have been doing is to speedily complete the contract in accordance with the terms given by the FCDA and pull out our multi-million equipment so that the plot owners can move into their property and live happily. “And as a proof of our sincerity of purpose, and good neighborliness, no notice of any security breach or infraction has ever been sent to us by the Nigerian Army.

Apparently angered by the development, human rights lawyer, Femi Falana, slammed the Nigerian Army, describing the forceful takeover of the company’s premises as dictatorial and unwarranted in a decent democratic setting.

“Nigerians should also note that no enquiry as to our presence or intention to recover any land was ever sent to us before the costly invasion locking in our equipment and driving away thousands of Nigerians working with us.

The district was actually designated as such by Senator Adamu Aliero, the Minister of the FCT under Yar’ Adua government in 2008 alongside Katampe and Katampe Extension. Virtually all the plots were alloted by that regime to various allottees. It was eventually awarded to Kakatar for the development of the infrastructure and made history as the first Abuja district’s infrastructural development project in the history of the FCT to be awarded to a wholly Nigerian construction and engineering firm and the company never shied away from its responsibility.