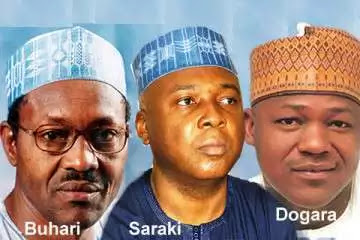 The report detailed that the senate alone numbering 109 senators allegedly took N1.85 billion under twelve months, while the 360 members of the House of Representatives carted away N4.93 billion!

“The Senator President Bukola Saraki,Speaker Yakubu Dogara and other members of the National Assembly have come under fire from Nigerians following a report by the Economic Confidential that the lawmakers received a total of N6.78 billion as their official salaries and allowances in twelve months.

Reacting to the bogus allowances allocated to the lawmakers, some Nigerians who read the report called on President Muhammadu Buhari to immediately slash the salary of the legislators to save the nation from collapse. Others demanded that the act of legislation be turned to a part time basis to save fund for the country at this critical time