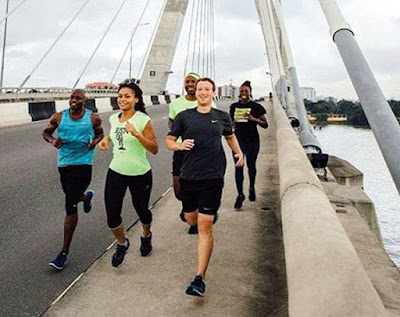 Mark Zuckerberg, the Founder of Facebook INC  has pledged to use Nigerian languages in offering services on Facebook.

Zuckerberg, who is on a business visit to Nigeria, made the promise at a meeting with software developers and ICT entrepreneurs yesterday in Lagos.

The youthful billionaire said the visit was part of the town-hall meeting with people on Facebook communities to learn how to improve users’ experience by developing technologies and engaging entrepreneurs around the world.

Zuckerberg said: “I have been going around the world, to different cities, and we’ve been doing town-hall meetings and we’ve been sitting down with people on Facebook communities, hearing from them about our user services and we can do better. Here in Lagos, I want to not just sit down with members of this community, but sit down with developers and entrepreneurs. The reason for that is I feel there is great energy here and I think the world needs to see that.”

He said: “Here in Lagos, and across the continent, things are changing really quickly. I mean the economy is shifting from a resource-based economy to entrepreneurial and knowledge-based economy. And you guys (Nigerian entrepreneurs) are the ones who will bring that change. Not only  are we making this change in Lagos, Nigeria, but we are shaping the continent and influencing how things are going to work across the world for the next generation.”

Zuckerberg said: “The thing that is striking is the energy…the entrepreneurial energy. From last night, I have probably met people, about 100, and what struck me is their entrepreneurial spirit.”

He shared the story of a Nigerian, Blessing Obueh, who he described as the perfect example of “Nigerian entrepreneurial spirit”. He said Blessing never gave up after her application to be part of a group of Information Technology (IT) engineers to train at the Facebook Foundation was unsuccessful.

“She showed up at the training, despite that her application was unsuccessful. She pleaded for a chance and we accepted. Now, Blessing is working in a multinational engineering firm,” Zuckerberg said.

Zuckerberg said he was glad his company introduced a social media application that allowed the use of Hausa language in communication on Facebook.

“I am glad we support Hausa, and we are planning on supporting more languages soon.”

He said that having local contents on the Facebook platform would ensure that more people were connected. According to him, Facebook hopes to get everyone in the world connected online in the next 10 to 15 years.

Before his addressed the gathering, Zuckerberg held a morning exercise with entrepreneurs among Lagos Road Warriors. The young billionaire was seen running with young Nigerians on Ikoyi-Lekki Link Bridge.

Zuckerberg described his experience as “best way to see a city.”