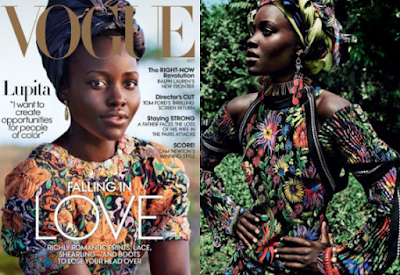 “To play a mother of four in Uganda, a formidable mother who has so much working against her, was so compelling to me. It wasn’t something I thought I’d be asked to do”—at least not by Hollywood. “The fact that it was based on a true story, an uplifting story out of Africa. . . .” She inhales and shakes her head. “Oh, my goodness, all my dreams were coming true in that script.”

In her new movie, Queen of Katwe, the 33-year-old 12 Year a Slave star brings her talent and brilliance to a story from her native East Africa. 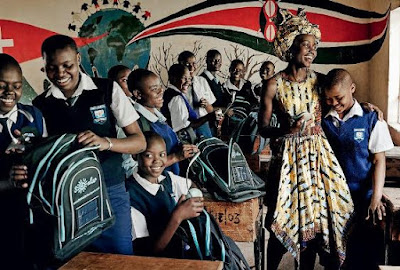 Two years ago, in one of the great speeches on beauty, Lupita recounted how she was taunted about her dark skin, and how she bargained with God that she’d stop stealing sugar cubes if she could wake up with lighter skin.

“The European sense of beauty affects us all” she says. “I came home from college in the early two-thousands and saw ads on TV with a girl who can’t get a job. She uses this product. She gets her skin lighter. She gets the job. The lording of lighter skin is a common thing growing up in Nairobi. Being called ‘black mamba.’ The slow burn of recognizing something else is better than you.”
Then along comes Alek Wek, the model from South Sudan, “dark as night” on all the runways, celebrated in magazines and TV. Lupita could not believe the world was embracing as beautiful a woman “who looked so much like me.” 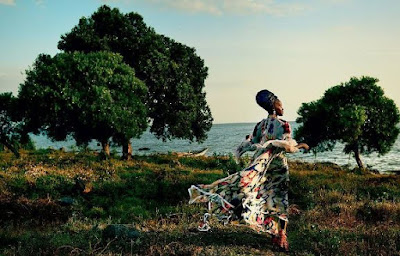 And now it is Lupita blasting doors open, as she has apparently done for a young Ugandan-British woman who worked in production on Queen of Katwe, who told her:

“I’ve never had so many people call me beautiful until you showed up. I get called to auditions I never would have been called to before. And I know it’s because you exist.” 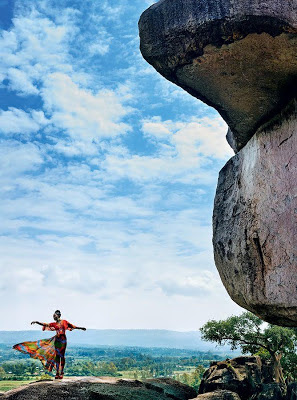 “Alek Wek changed how dark people saw themselves. That I could do the same in a way for somebody somewhere is amazing,” Lupita says.

“I want to create opportunities for People of Colour” Lupita Nyong’o says as she covers American Vogue’s October issue. 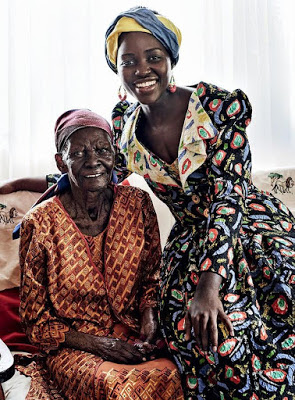 To celebrate her new movie “Queen of Katwe, the Oscar-winng actress took Vogue, including Mario Testino, Tonne Goodman and her hairstylist Vernon Francois to her village in Kenya.