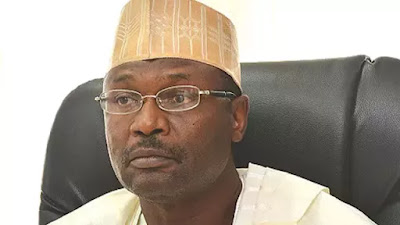 Professor Mohammad Kuna, Special adviser to the Commission’s Chairman, stated this at a stakeholders’ meeting on public presentation of the security threat assessment organised by CLEEN foundation in Benin city.

The commission has been well equipped in terms of human and capital resources to carry out the exercise, urging that all stakeholders must be up and doing to ensure a violent-free polls.

“It is however important that the people must own the process of electoral system. It has been observed that whatever the modalities INEC has put on ground to conduct a credible poll, the people must ensure that they behave in a civil manner to help democracy grow in the country”, he said.

He made the appeal during his visits to the various security agencies in the state ahead of the governorship election.

He said the lives of the corps members serving in the state are very important to the scheme and therefore, all measures must be taken to safeguard their lives before, during and after the election in the state.

In their various responses, they assured the NYSC DG of the safety of the corps members.

Addressing the corps members, at the Uyi Ground Hotel in Benin City, the DG, NYSC, Gen. Kazaure charged them to avoid any acts of inducements from politicians while discharging their duty to the nation, stressing that their names and the name of the scheme must be guarded jealously.

In his presentation, Professor Mim Abutudu of the University of Benin,  stated that rigging and fear of electoral manipulation can be a high risk factor that could raise the level of violence and urged INEC to ensure that materials are deployed on time to the various polling units.

Mr Benson Olugbuo, executive director, CLEEN foundation, explained that the foundation has as one of its cardinal objectives to monitor and report the level of security threat to the conduct of elections in Nigeria.