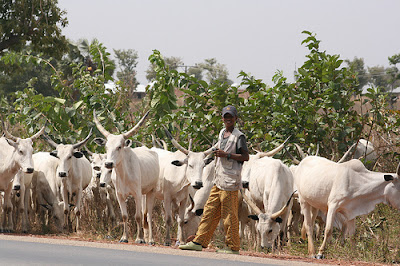 Cattle herdsman, Haruna Ali 18 years, has been sentenced to two years imprisonment by a Chief Magistrate Court Ekiti state for unlawfully grazing his cows in a farmland in Ado-Ekiti, the state capital.

Haruna was arraigned before the Magistrate, Idowu Ayenimo, on Jan 22nd 2016 on a two-count charge of willful and unlawful damage of farm crops at Ago Aduloju in Ado-Ekiti. The case after the initial hearing was adjourned to today September 19th.


The magistrate while delivering judgement, ordered that the sentence should run concurrently, explaining that the term was minimal because the offence was committed before the Grazing Law was enacted in the state.