Godfrey Zaburoni Zimbabwe acrobat has been accused of having unprotected sex with 12 Australian Women while being infected with HIV has had his Australian permanent residency cancelled and faces deportation. 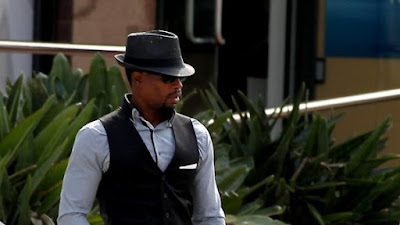 According to Australian Immigration Minister Spokesman Peter Dutton said that 38-year-old Godfrey Zaburoni had failed the character test under section 501 of the Migration Act, as a result of this he is currently awaiting deportation to his country.

Peter Dutton said that Zaburoni who arrived in Australia in 1997 was accused of having unprotected sex with at least 12 Australian women, between 2007 to 2008, including his Gold Coast ex-girlfriend of two years, without informing them of his medical condition.

Australian Immigration Minister Spokesman said that it was earlier reported that Zaburoni was diagnosed with the disease in 1998 while touring with a circus in Adelaide.

Zaburoni, a former Australia Got Talent participant, was originally sentenced to a nine-and-a-half years jail term in 2013 by the Southport District court after becoming the second person in Queensland to be convicted of intentionally infecting someone with HIV.

Prosecutor Mark Whitbread told the jury that Mr Zaburoni repeatedly lied to his girlfriend about his HIV status, convincing her to have unprotected sex “many” times. The performer arrived in Australia in the 1990s and was diagnosed with HIV while on tour with his circus troupe in South Australia in 1998. There, a doctor warned him to have protected sex and to inform his sexual partners. after fooling the Immigration Department into believing he was disease-free, a court has heard

According to theaustralian.com.au report that Dutton, however, said that in April the High Court overturned Zaburoni’s sentencing after finding no evidence that he had intended to infect his girlfriend deliberately with the virus.

He said that Zaburoni was then re-sentenced on a lesser charge, a five-year suspended sentence and had been released from prison with expectations that he would face deportation soon.

Meanwhile, a source said without specifying that Zaburoni has been detained by immigration officials on Thursday night and would face deportation to Zimbabwe soon.

However, the court heard, when he fell for a young Gold Coast woman — who cannot be named for legal reasons — at a Mermaid Beach New Year’s Eve party in 2006, he allegedly did neither. Mr Whitbread said before the couple had sex for the first time, she “specifically” asked him if he had AIDS, because she knew it was a problem in Africa.

“She was told that he had been tested and he did not have AIDS or any other sexually transmitted disease, and would not have been let into . . . the country without being tested,” Mr Whitbread told the jury. “She accepted what she was told.”

Mr Zaburoni yesterday admitted to transmitting HIV to his girlfriend, but denied intending to do so. The trial continues.