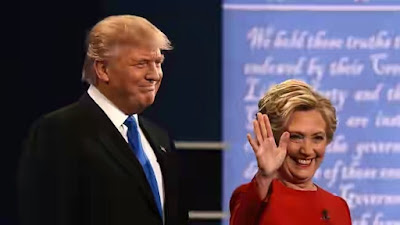 Forty-three days before the election, the highly anticipated matchup between Hillary Clinton and Donald Trump finally happened, and it didn’t disappoint. Here are all the highlights from the first presidential debate.

The two traded barbs on foreign policy, with Trump hitting Clinton for “creating” ISIS and supporting an Iran deal that he said will lead to the country developing nuclear weapons. 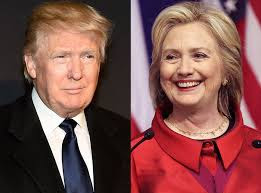 On substance, he said China should solve North Korea and took credit for NATO creating a unit to focus on terrorism. Clinton countered, including by saying Trump’s only plan for defeating ISIS is “secret” and that he doesn’t have one.

The moderator also asked Trump to explain a prior comment that Clinton doesn’t have a presidential “look.” Trump repeated his contention that Clinton “doesn’t have the stamina” to become president. She cited her experience as secretary of State, having traveled to 112 countries and negotiated a peace deal and cease fire. When Trump spends 11 hours testifying in front of a congressional committee “he can talk to me about stamina,” she said.

Clinton also took the chance to remind voters of words Trump has used to describe women, specifically as “pigs, dogs and slobs,” that he has said pregnancy is an “inconvenience” and that one of the “worst things” he has said was about a woman in a beauty contest. He “called this woman Miss Piggy, then he called her Miss Housekeeping” because she’s Hispanic, said Clinton. 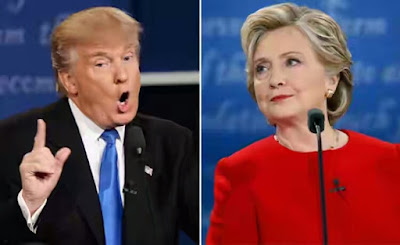 Trump responded by citing hundreds of millions of dollars in ads Clinton is sponsoring against him that are “not nice,” without disputing the specific charges she leveled against him. He also noted that some of his insults were referring specifically to comedienne Rosanne Barr, who’s been critical of him.
“I was going to say something extremely rough to Hillary and her family. And I said ‘I can’t do it.’ ”

Clinton outlines her ISIS plan, including to prevent online recruiting, supporting airstrikes in Syria and Iraq.
Trump said Obama and Clinton created a vacuum in Iraq and Libya. Clinton said Trump supported the invasion of Iraq as he interjected: “wrong, wrong.” Clinton defends the timetable for U.S. withdrawal by noting that former president George W. Bush set the timetable for when to get out of Iraq. The Iraqi government would have had to agree for U.S. troops to remain there, something they did not do, she said. 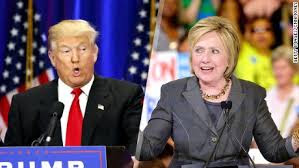 Trump is asked to explain why he kept pressing questions about President Obama’s birth place, even after the president in 2011 produced his birth certificate proving he was born in Hawaii.
Trump made no apologies. He cited the news organization McClatchy, which sent a reporter to Kenya to investigate the issue and claimed credit for getting Obama to release his birth certificate. “I was the one who got him to produce the birth certificate and I think I did a good job,” he said.
The moderator asked Trump what he has to say to African Americans on the issue. “I say nothing,” he said, insisting he’s developed really good relations with the community.
<
More info will come later… Be sure to stay connected.