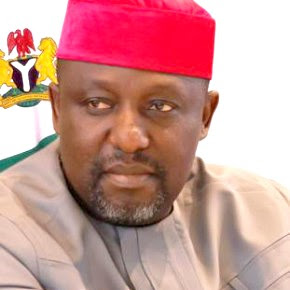 On Monday, an Imo State High Court which was presided over by Justice Sabinus I. Opara, restrained the state government from destroying, relocating or tampering with the Ekeukwu Owerri Market, pending the hearing and determination of the substantive suit, HOW/380/2016.

Commissioner for Lands, Survey and Urban Planning. Justice Opara, who was not particularly happy that the defendants were not represented in court, also said that there was proof that they were properly served with the court processes.

“There is proof that all the respondent’s were duly served as far back as August 31, 2016. There is however, nothing in the court’s file to show that the respondents have filed their response”, Justice Opara said.

Although he said that he was minded by the provisions of the High Court Rules, Opara however said the Court was at liberty to adjust the time, in view of obvious threats to tamper with the subject matter.

While ordering that the status quo should be maintained, the Judge also directed that the State Attorney General should not only be served with the order of court, but must also appear in person on September 8, 2016, the next adjourned date. Addressing the court earlier, counsel to Owerri indigenes, Ken C. O. Njemanze, SAN, said

“the plaintiffs are seeking an order of interlocutory injunction restraining the defendants, their servants, officers and/or agents from, in whatever manner, demolishing, destroying, removing, relocating or interfering with the day to day running or operation of the Ekeukwu Owerri Market, the subject matter of the suit”. Continuing, Njemanze told the court that

“there are imminent threats by the defendants to demolish, remove, relocate the said market and interfere with enjoyment by the claimants of the said market.”