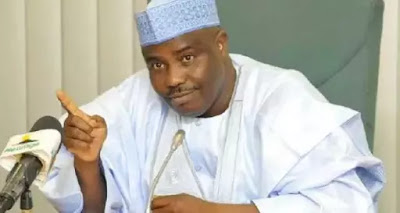 The government of Sokoto state has granted 21 fresh graduates employment. The Governor, Aminu Tambuwal spoke through his spokes man Malam Imam, confirming the news.
21 fresh doctors who graduated from the Usmanu Danfodio University will be posted to various primary healthcare centres across the state.

Similarly, the government said it is working to regularize professional qualifications of 309 nurses and midwives from the state in preparation for their eventual absorption into the state civil service.

The number include 109 graduates nurses and 200 midwives trained by the federal government under the Midwives Service Scheme (MSS).

The state commissioner of health, Dr. Balarabe Shehu Kakale, stated this during a regular briefing to Governor Aminu Waziri Tambuwal on the activities of the ministry.

A statement issued by Tambuwal’s spokesman, Malam Imam Imam, said the decision to employ the new doctors will boost manpower needs at the primary healthcare centres in various parts of the state.

Imam said: “As fresh graduates, they are expected to undergo housemanship, but in the meantime, they have received enough training to handle primary health challenges associated with the grass root level.

“We will support them to ensure they complete their further training.”