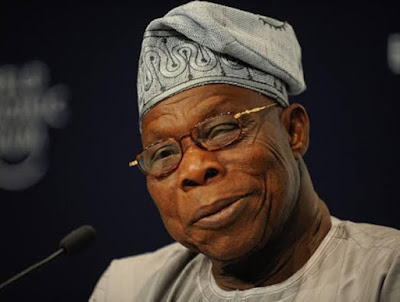 Former President Olusegun Obasanjo yesterday backed the call for the sale of some National assets to revive the current ailing economy. Obasanjo ‎endorsed the sale of the assets at the opening ceremony of the National Council On Finance and Economic Development Conference (NACOFED) in Abeokuta yesterday September 27th.

“I do not see why 49 per cent of NNPC cannot be privatised. I think the problem is in the coinage “selling of asset” as if we want to throw out our inheritance.

What we are actually doing by that is simply re-organising. It should however be done transparently and let it actually go public and not to cabals, relations and friends. This is always the fear of Nigerians when issues like this arise,” he said Also speaking at the 2016 World Pension Summit in .

Abuja yesterday, the former President said that former state governors who were in office during his administration ‎contributed to the current economic recession as they refused his government to save for the rainy day. “I remember when I was in government and I told, particularly, the governors, ‘please let us save for the rainy days.’ They said no!. There was no rain at that time, now that the rain has come; there is nothing we can fall back on to cushion us.”he said