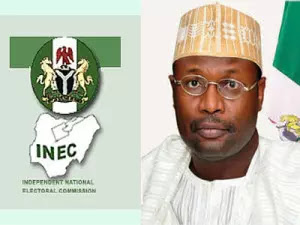 Leaders of political parties, civil society and traditional rulers attended the meeting, which sparked a huge debate and suspense.

Yakubu told the impromptu gathering that the call for postponement had nothing to with the preparation for the election. He said INEC was ready for a successful poll.
He is to meet with security agencies for more details about the threat and how it could affect the election.

A decision will be taken today on whether the election will go on or not, Yakubu said, adding that the independence of INEC is guaranteed.

A statement by Yakubu’s spokesman Rotimi Oyekanmi said: “We have just met again with the stakeholders where various pieces of advice were given by them.

“INEC then decided that it would be necessary for it to consult with both the DSS and the police that issued a statement earlier today (yesterday), to find out what informed their decision to issue that statement.
“Thereafter, INEC will take a decision that will be communicated to all Nigerians. However, the commission wishes to assure all Nigerians that its independence will not be compromised.”
The likelihood of a shift set the All Progressives Congress (APC) and the Peoples Democratic Party (PDP) on a collision course.

Edo State Governor Adams Oshiomhole said his party is “over prepared” for the election.
The APC  candidate is Godwin Obaseki.
Before the meeting with stakeholders in Benin, party agents were already stationed at the CBN office to escort and monitor the transportation of sensitive materials but they were recalled.

Prof. Yakubu said: “INEC is fully prepared and mobilised for the election. The preparation started six months ago. We have mobilized, we have recruited, we have trained and we have deployed personnel. After today’s meeting, the news broke about security threat.

We agreed to take delivery of the sensitive materials from the CBN to our office for further distribution to the local governments. We have fully implemented all activities in preparation for the election.

Governor Adams Oshiomhole quote “I am already preparing to go to my village to also mobilise my people as other party leaders are doing, that is to let you know that we are not relaxing despite the fact that we know the PDP is already dead and our people are just getting ready for the burial.

“However, security issues are security issues and as regards elections they are very critical. If on their own they are calling on INEC for postponement, I am sure they must have their reasons because they are experts in it. If you recall, we raised the alarm that the PDP had planned to import thugs from neighbouring states to help them unleash mayhem on our people because they are not prepared for the election.

“They have not been campaigning because they have no message, rather, they imported thugs into the state but I wish the election will go on so that security agents will pick them up and expose them. So, if security agents are raising this same alarm, I will not be surprised. I am aware some of my colleagues in the Southsouth threatened that they will deal with me in Edo because I went against former President Jonathan.