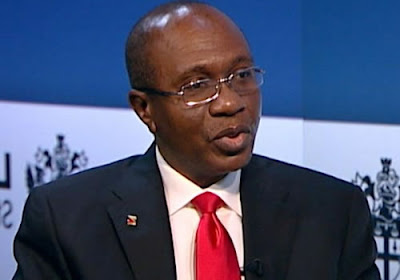 Central Bank of Nigeria (CBN) Governor Godwin Emefiele has come a piece of good news on the recession-hit economy.

To Emefiele, who spoke with media executives,  the worst is over. His optimism is hinged on the following facts:

foreign portfolio investors have injected $1 billion into the economy in the last two and half months;
an Emergency Spending Bill, which will enable the government shorten the process of spending money (through award of contracts) is ready for the National Assembly;
close to N374 billion will be injected into the economy this week to stimulate it. So far, N420 billion has been spent;social spending will soon begin and there will be capital expenditure payments; and
one million traders will get subsidised loans.

Emefiele said the Federal Government’s revenue caused by falling oil prices and the restiveness in the oil producing areas that reduced crude output, will not daunt government’s efforts o revamp the economy.

”Government remains undaunted, the Monetary and Fiscal policies remain undaunted and we also had in the budget a deficit of N1.8trillion; N900 billion was to be sourced locally, another N900 billion was to be sourced in foreign currency, and because the foreign currency is yet to come in, what the Monetary and Fiscal authorities are saying is, ‘if the need arises, it would provide what is called ‘Bridge Funding’ for the fiscal authorities so they can go ahead and spend. When the proceeds of the foreign loans come, then, we can use that to clear the bridge fund that has been done.

The government is determined to pump money into the economy and pull it out of recession, but this, according to the CBN boss, is being hampered by the slow procurement process, which, in most cases, takes about six months to actualise. “he said.”