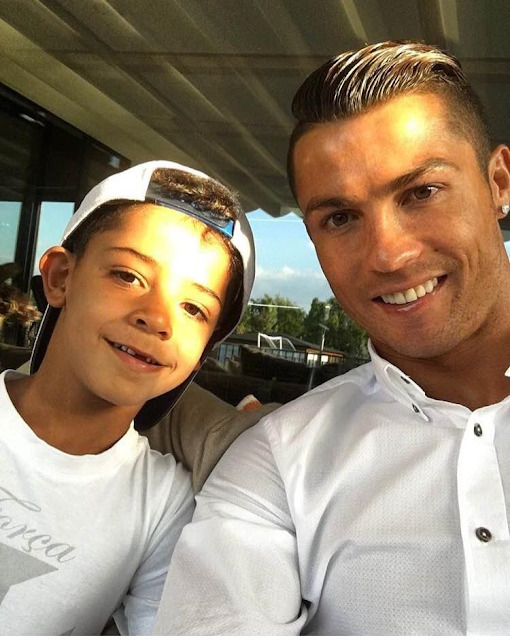 Ronaldo who was Born Cristiano Ronaldo dos Santos Aveiro on February 5, 1985, in Funchal, Madeira, Portugal, a small island off the western coast of the country,

C.Ronaldo grew up in a largely working class neighborhood in a small tin-roofed home that overlooked the ocean. His early life was shaped by hardship; his father, a gardener, often drank too much, and eventually died from kidney problems in 2005. Ronaldo’s mother worked as a cook and cleaning person

Ronaldo is the youngest of four children born to Maria Dolores dos Santos and Jose Dinis Aveiro. He was named after Ronald Reagan, one of his father’s favorite actors. 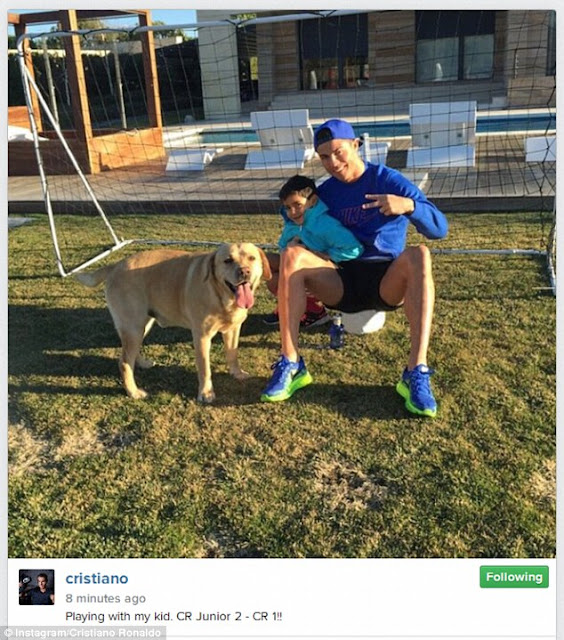 Ronaldo was first introduced to the game of soccer. By the time he was 10 years old, he was already recognized as a phenomenon—a kid who ate, slept and drank the game.

Ronaldo’s talent and legend had grown considerably. After a stint with Nacional da liha da Madeira, he signed with Sporting Portugal in 2001. That same year, at the tender age of 16, Ronaldo turned heads with a mesmerizing performance against Manchester United.

Manchester United paid £12 million to sign him in 2003—a record fee for a player of his age. In the 2004 FA Cup final, he scored Manchester’s first three goals and helped them capture the championship. In 2008, he set a franchise record for goals scored. In 2009, Real Madrid paid a record $131 million for his services.

Ronaldo did not disappoint the soccer world. He showed his promise early on in the 2004 FA Cup final, scoring the team’s first three goals and helping them capture the championship. In 2008, a year after signing a five-year, £31 million contract, Ronaldo again justified his high salary when he put together one of the club’s finest seasons in history, setting a franchise record for goals scored (42), and earning himself the FIFA World of the Year honor. In all, Ronaldo helped steer Manchester United to three premier league titles.

His time in England was marred by his mother’s 2007 struggle with breast cancer as well as his father’s death from alcohol-related illness. The latter was especially hard for Ronaldo as the two had been close, and the young athlete had often pushed for his father to enter rehab and address his drinking. His father, however, never accepted the offer.

Ronaldo was on the field for Manchester United, his commitment to the club came under constant question. Speculation swirled that he wanted to play elsewhere. So in 2009, when Spanish soccer club Real Madrid agreed to pay United a record $131 million for the chance to sign him, nobody was all that surprised to see Ronaldo leave United.

C.Ronaldo was Three time FIFA World Player of the year award, Ronaldo has also won the coveted Ballon d’OR, the Golden Boot, and been named the UEFA Club Forward of the Year, among other honors during the course of his career.

On July 10, 2016, Ronaldo added another emotional victory to his accolades, leading Portugal to the European Championship final against France as his national team’s captain. Although he was sidelined after suffering a knee injury 25 minutes into the match, Portugal went on to win the championship title 1-0, their first international trophy. Ronaldo’s teammates said that he motivated them as team captain from the sidelines. “He gave us a lot of confidence and he said, ‘Listen people, I’m sure we will win this Euro so stay together and fight for it,’” full-back Cedric Soares said after Portugal’s victory.