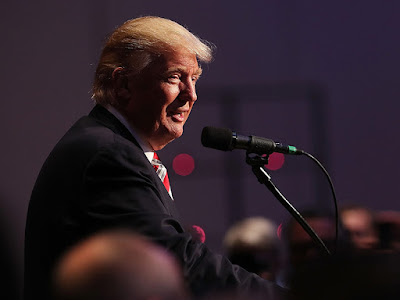 The Republican presidential nominee Donald J. Trump, who is setting records for number of events, size of crowds, and breadth of travel on the campaign trail, determined in light of increased scrutiny of candidates’ health, it was important to have a detailed physical examination for all the various standard tests attributable thereto.

Trump Doctor made it clear that he “excellent physical health” and has the “stamina” to serve as president, his doctor said in a letter released Thursday by the GOP nominee’s campaign.

in a statement release by Donald J. Trump, campaign group that he underwent an examination last Friday by his longtime personal physician, Dr. Harold N. Bornstein of New York City.

“We are pleased to disclose all of the test results which show that Mr. Trump is in excellent health, and has the stamina to endure – uninterrupted – the rigors of a punishing and unprecedented presidential campaign and, more importantly, the singularly demanding job of President of the United States.

Bornstein’s letter said Trump has been hospitalized only once, when he had an appendectomy at 11, and also revealed the results of his lab tests.

“His liver function and thyroid function tests are all within the normal range,” Bornstein wrote, adding that “his last colonoscopy was performed on July 10, 2013 which was normal and revealed no polyps.”

“His EKG and chest X-ray on April 14, 2016, were normal. His cardiac evaluation included a transthoracic echocardiogram on December 16, 2014. This study was reported within the range of normal. His testosterone is 441.6,” Bernstein added, noting that Trump does not use tobacco or alcohol.

“In summary, Mr. Trump is in excellent physical health,” Bornstein wrote in the letter dated Wednesday, the same day Trump sat down to tape an appearance on The Dr. Oz Show, in which he’ll discuss his health.