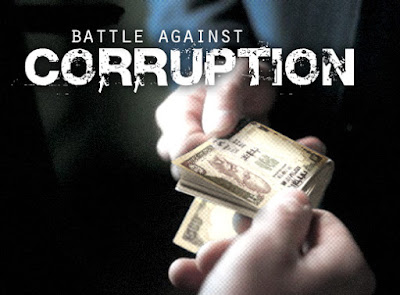 Mr Obadiah Samuel of the Centre for Peace and Conflict Management, University of Jos, says corruption and mismanagement of public funds has posed a serious threat to the corporate existence of Nigeria. Samuel said this on Friday in Jos while delivering a lecture entitled ”The Right to Peace and Security” at a seminar on security.

The seminar was organised by the Justice Development and Peace Commission (JDPC) of the Catholic Archdiocese of Jos. Samuel said that the diversion of public funds into private pockets had led to the high level of insecurity in the country.

”Corruption, mismanagement and absence of political will has really stagnated a lot of things in this country; it has contributed immensely to our present insecurity situation. ”Funds that are meant for development; funds that should ordinarily be used to provide social amenities have been cornered into private purse.

”Our roads, hospitals, schools are comatose and the worst of it, money meant for the purchase of equipment for the military have been diverted by few individuals. ”So, under this situation, hunger, poverty, unemployment, malnutrition, lack of infrastructure and a host of other problems are evident, and these have over time, posed a threat to our peaceful existence.”

He noted that smaller African countries that do not have one-third of the human and material resources Nigeria has were doing better. ”Theyare living peacefully because they keep corruption aloof, and their leaders are ready to move their countries forward.”

He lauded the ongoing anti-corruption war of the Federal Government, and also charged governments at all levels to muster the will and ensure good governance.

Earlier in his address of welcome, Assistant Coordinator of JDPC, Rev. Fr Stephen Akpe, said that the seminar was timely, considering the series of conflicts Plateau in particular and Nigeria in general had passed through. He said that the seminar was aimed at educating religious, community leaders and relevant stakeholders on the new approach of tackling insecurity in the community.

Akpe added once people have better living condition, the issue of insecurity would be a thing of the past. Women and youth groups, security agencies, community leaders and religious organisations among others working for the sustenance of peace in the state attended the seminar.