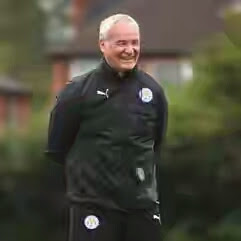 This is what Leicester coach had to say as regards his team’s first ever UEFA Champions League match later today.
“It is fantastic for our fans. A lot of them came to Bruges to hear the music. Tomorrow a lot more can hear it. It will be fantastic to continue the fairy tale and we hope to produce good football and a victory.”
He also added:
“[Islam] Slimani has scored a lot against Porto [while at Sporting CP] and I’m sure he’ll be a threat to them. [He and Riyad Mahrez] know each other and play in every international together. I’ve seen them in matches and in training and they have a very good relationship”.