United States veteran supermodel, who was discovered at the age of 18, has been blessed with exceptional genes to be sure, but maintaining her ageless complexion has not been a totally effortless venture.

In the latest issue of NewBeauty, Christie owned up to using Botox, but explained it’s something she’s wary of doing too much of.Christie Brinkley has gotten Botox – but it hasn’t become a habit.
‘I actually started to feel depressed,’ she told the magazine. ‘My face lacked expression. I will never do it again in my forehead.’

She’s 62 but sure doesn’t look like it.
Christie Brinkley put on another age-defying display on Monday as she stepped out in the Soho neighborhood of Manhattan.The blonde beauty showcased her still supermodel-esque figure in a tight white sweater and  blue jeans frayed at the cuffs and belted at the waist with a wide brown leather belt.

‘If you want to look refreshed, it has to be with a light hand. It’s one of the biggest mistakes when people deliberately go for that ‘done’ appearance – to each his own, obviously, but that’s not good,’ she said.

Another photo after the cut… 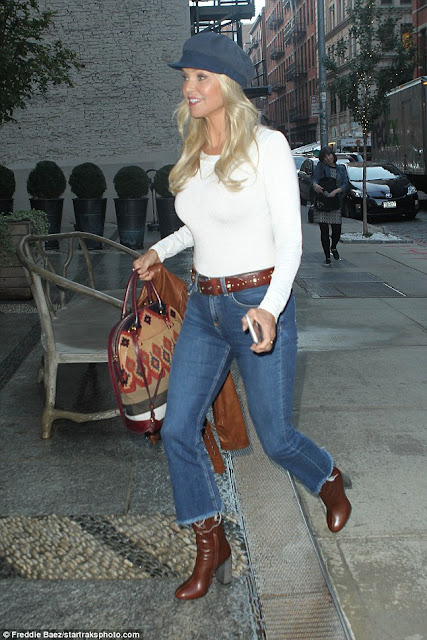