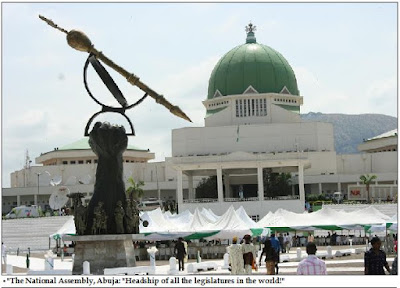 National Assembly Clerk Mohammed Sani Omolori has been asked to give the 2016 budget to the police Special Investigation panel (SIP) probing allegations of budget padding.

The Clerk is also expected to submit to the panel a copy of the 2016 budget proposal presented to the National Assembly by President Muhammadu Buhari. This is to enable the panel examine allegations of padding against some principal officers of the House of Representatives.

The Socio-Economic Rights and Accountability Project (SERAP) has asked the federal high court in Abuja for an order to compel the Economic and Financial Crimes Commission (EFCC) to investigate and prosecute allegations of budget padding and abuse of office leveled against the Speaker of the House of Representatives Yakubu Dogara.

The suit with number FHC/ABJ/CS/733/16 dated September 15, 2016 was filed on behalf of SERAP by its Solicitor Femi Falana(SAN).
It was filed pursuant to Order 34, Rules 1 (1) (A); 2, Rule 3 (1) and (2) (A), (B) and (C) of the Federal High Court Rules, 2009 and the inherent jurisdiction of the Honourable Court.Others who SERAP want the EFCC to investigate include the Deputy Speaker, Yussuff Lasun; the Minority Leader, Leo Ogor; and the Chief Whip, Hassan Ado Doguwa.”
SERAP, in the suit, is seeking two reliefs from the court against EFCC.

In the affidavit in support of its prayer to the court for an order of mandamus SERAP stated that the suit was borne out of the fact that it is the statutory responsibility of the EFCC to investigate and prosecute financial crimes in the country and that unnless the reliefs sought are granted, the EFCC will not investigate the Speaker of the House of Representatives and others for alleged grave financial and economic crimes.

The panel however told the CNA that he is a civil servant and the vacation of the lawmakers has nothing to do with his service to the nation.

A source, who spoke with our correspondent, said: “In the last two months, we have been asking the CNA to submit the affected versions of the 2016 budget but he has been evasive.

declaration that the failure of the respondent to investigate allegations of budget padding and abuse of office leveled against the Speaker  and the others is illegal and unconstitutional as it violates Section 6 of the Economic and Financial Crimes Commission Act, 2004;

In an affidavit, Abubakar Marshal from Falana and Falana Chambers said: “That this matter is to compel the respondent, the Economic and Financial Crimes Commission, EFCC to investigate allegations of budget padding and abuse of office levelled against the Speaker and the others.